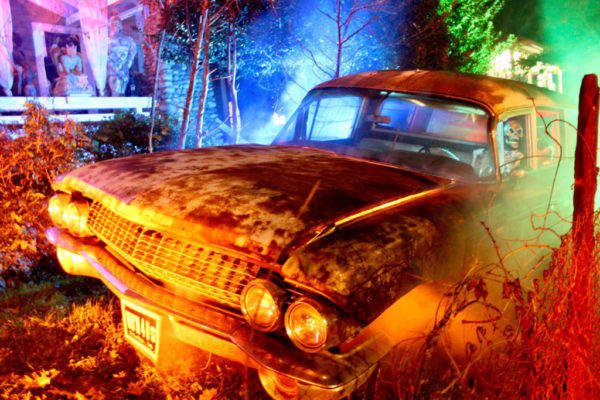 Metro Assault Suspect Arrested — The registered sex offender from Maryland suspected of groping a woman on an Orange Line train in Arlington has been arrested by Metro Transit Police “following media coverage” of the case. MTPD is now looking for additional victims. [Twitter]

Scott Parker Eyes D.C. for Next Venture — “Boston burger chain Tasty Burger has closed its sole D.C. location… Eater has learned Scott Parker — the restaurant owner of millennial-targeted bars such as Clarendon’s Don Tito and Ballston’s A-Town Bar and Grill — is pursuing a project at the Shaw location of the former burger joint in the Atlantic Plumbing building (2108 8th Street NW).” [Eater]

Circus Coming to Rosslyn — Jack Burkman, conspiracy theorist and Rosslyn area resident, says he’s going to hold a press conference at the Rosslyn Holiday Inn tomorrow to “reveal the first of Special Counsel Robert Mueller’s sex assault victims” — though he has not offered any evidence to back up the accusation and is now facing a possible FBI investigation into a woman’s claim that he tried to pay her to testify that she was abused by Mueller. Burkman’s last Rosslyn press conference, in which he promised a bombshell revelation, was instead panned by fellow conspiracy theorists. [The Atlantic, Daily Beast, Heavy]

Snowy Winter Ahead? — “Consulting meteorologists and weather companies like AccuWeather and the Weather Company unanimously agree: Washington is in for a snowy winter. So, now, do the forecasters you watch on television.” [Washington Post]

Nearby: 5K to Raise Money for Pittsburgh Victims — A 5K run/walk has been planned to raise money for the Pittsburgh Tree of Life synagogue shooting victims and the non-profit refugee group HIAS. The run is scheduled for Sunday, Dec. 2 along the C&O Canal Towpath in D.C. [Active, Safety and Health Foundation]