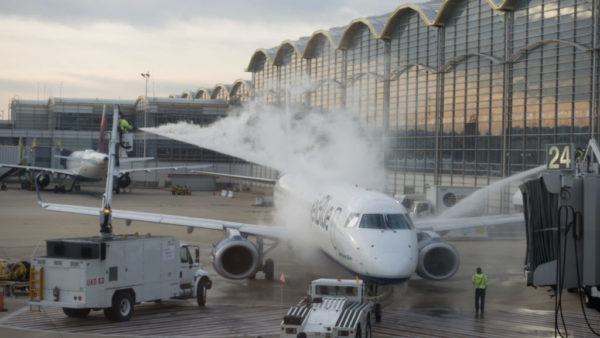 Rosslyn Lands Trump HQ2 — President Donald Trump’s 2020 re-election campaign will be opening a satellite office to its Trump Tower headquarters at a Rosslyn office building. Arlington has previously been home to a number of presidential campaign headquarters. [Politico]

New APS Weather Plan — “Superintendent Patrick Murphy on Dec. 6 announced a new plan for dealing with tricky-to-forecast winter storms, after the school system kept schools open for an unexpectedly potent November snowfall, a decision that sent many parents into spasms of outrage… If inclement weather threatens for the following day, Arlington school officials will announce a two-hour delay by 6 p.m. the previous evening.” [InsideNova]

APS Fails to Get Easement for Construction Crane — “Arlington School Board members on Dec. 20 are slated to approve an increase in the construction contract for the new elementary school being built adjacent to Thomas Jefferson Middle School totaling just over $292,000. The project initially assumed that the contractor would be able to use a tower crane on the site, but the school system was unable to come to terms with nearby property owners for the necessary easements.” [InsideNova]