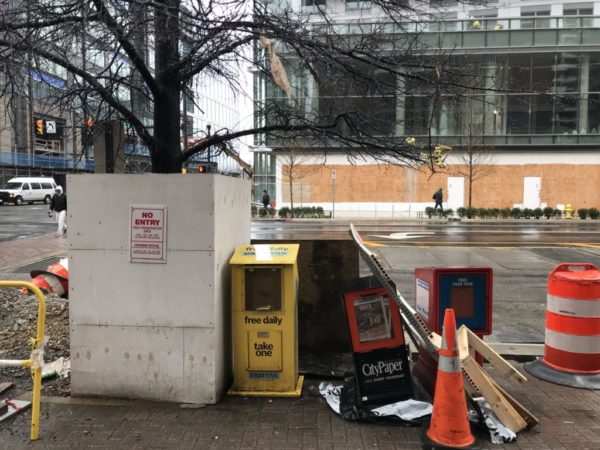 ACFD Rescues Stuck Puppy — Arlington firefighters helped to free a 9-week-old puppy whose head got stuck while being a bit too curious. “She thanked the crew with many kisses,” the department said. [Twitter]

Middle School Project May Be Delayed — “The surroundings may prove a bit cramped for a while, but county school officials say they are working up contingencies if the expansion of Dorothy Hamm Middle School isn’t ready in time for the start of classes in September.” [InsideNova]

Favola vs. Merlene Preview — “Has a longtime member of the Arlington Democratic establishment solidly represented Northern Virginia at the state legislature in Richmond, or is there need for new blood?” [Greater Greater Washington]

Civic Federation Diversity Efforts Hit Snag — “Duke Banks hopes one of his legacies will be a commitment to bringing in a younger and more diverse group of leaders… Efforts to bring in new faces at the venerable organization have seen successes, but took a recent step backward with the resignation of two members of the board’s leadership.” [InsideNova]

Nearby: Affordable Homes Disappearing in Alexandria — The number of single-family homes in Alexandria valued at less than $500,000 dipped below the number priced higher last year. [Washington Business Journal]