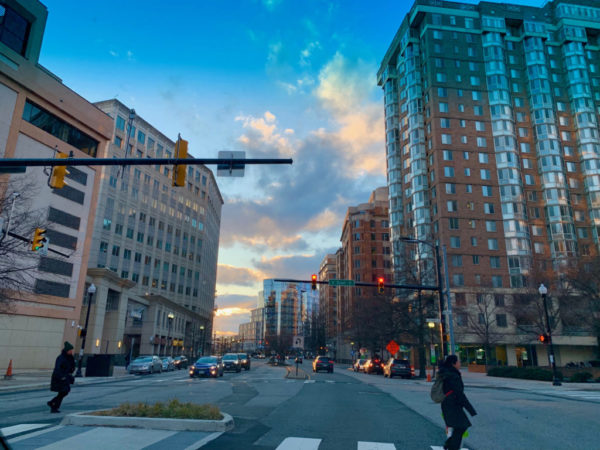 Experts See More Amazon Jobs Heading Here — “Given Amazon’s Northern Virginia incentives allowing for as many as 38,000 jobs over 15 years, CoStar Managing Consultant and Senior Real Estate Economist Paul Leonard expects it will absorb much of the planned New York payroll, despite Amazon’s company line that ‘nothing has changed’ for National Landing.” [Bisnow]

More on I-395 Incident — Arlington County Police say it was a juvenile suspect, driving a stolen car without a driver’s license, who caused a big crash on I-395 before leading police on a foot chase during Tuesday’s evening rush hour. [Arlington County]

Inside Look at Memorial Bridge Work — Workers are laboring to restore the Arlington Memorial Bridge to its former glory, one piece of 90-year-old granite at a time. [NBC Washington]

Copa Kitchen & Bar Opening Today — The latest restaurant to open at Ballston Quarter is Copa Kitchen & Bar, which is expected to serve customers from 11 a.m.-6 p.m. today, according to a social media post. [Instagram]

Where’s the Weather? — Our faithful weather bar, which has graced the top of our site for many years, is out of commission, for now. IBM, in its infinite wisdom, killed the source of our data. Why, Watson, why? We’re working to restore the current conditions display with a new data source, but it’s probably going to take a few months. [Weather Underground]