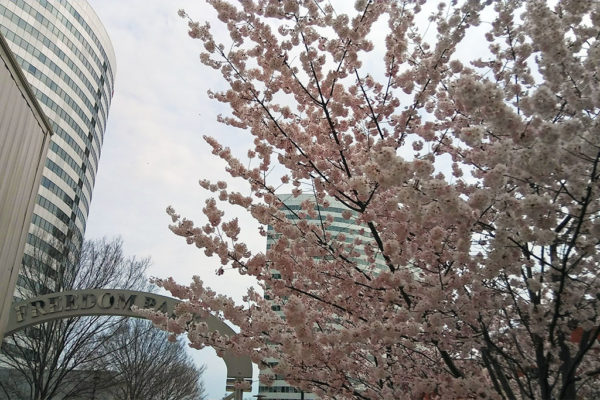 Arlington Man Nabbed for Gun at DCA — “The number of firearms caught by Transportation Security Administration officers at checkpoints at Ronald Reagan Washington National Airport (DCA) have increased at an alarming rate this year as TSA officers caught the ninth gun of the year yesterday, April 7.” [TSA]

Trustify Co-Founder Lands Federal Appointment — Once high-flying Arlington startup Trustify, which has shut down amid a flurry of lawsuits and accusations of malfeasance, has generated another headline, this time for its co-founder’s new job. Jennifer Mellon was appointed confidential assistant to Federal Energy Regulatory Commission Chairman Neil Chatterjee, prompting questions from one energy industry publication. [E&E News]

Fire at Pike Apartment Building — “Units on scene 5500 blk of Columbia Pike for fire in trash compactor in high rise residential building. Fire is out, extinguished by sprinkler system. No extension. No injuries reported.” [Twitter]

Phoenix Bikes Rises — “With a newish executive director and a new space to call home, Phoenix Bikes will have a lot to celebrate at its upcoming ‘Makers’ Ball’ later in the month.” [InsideNova]