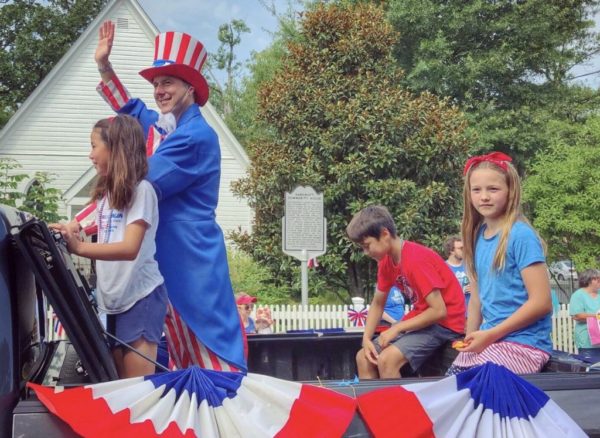 Arlington Gets Best View of Fireworks — On a hazy night, Arlington — particularly Rosslyn — had the best view of the expanded D.C. fireworks. Smoke obscured the viewing for many parts of the District. [Twitter, Twitter, Raw Story]

JBG Trying to Lure Big Tech to Arlington — “JBG Smith Properties CEO Matt Kelly recently met with “a handful” of big West Coast tech firms in a bid to entice them to come to National Landing now that Amazon.com Inc. has chosen the area for its second headquarters.” [Washington Business Journal]

Police Chase Ends in Arlington — A high-speed police chase along I-66 ended in Arlington, near the N. Glebe Road exit. Virginia State Police say a woman fled from police at speeds of up to 120 mph while her three children were in the car. [WJLA, Twitter]

A Modest Proposal for Arlington — In a letter to the editor published by the Arlington Sun Gazette, a man apparently upset by the renaming of Washington-Lee High School to Washington-Liberty suggests also renaming Arlington “Amazon’s bitch.” [InsideNova]