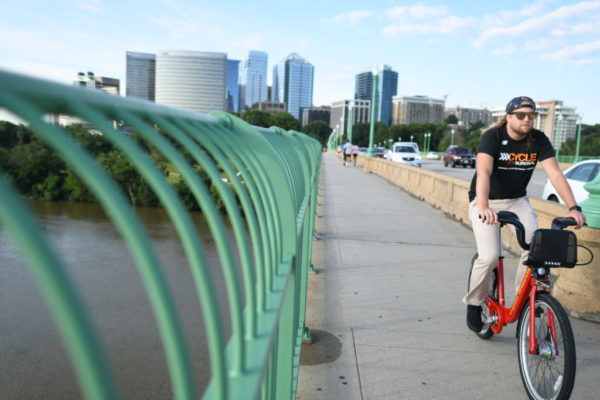 Officials Pledge Action on Flooding — “Perhaps sensitive to growing community disenchantment over past performance in addressing heavy-rain incidents, County Board members on July 13 pledged to find ways to improve local-government efforts to address the impact of flooding. ‘We have to up our game,’ acknowledged County Board Chairman Christian Dorsey.” [InsideNova]

Residents Demand Stormwater Fixes — “Alexandra Lettow was near tears as she described the losses her family suffered in Monday’s flooding to neighbors and county officials gathered at a home in Arlington’s Waverly Hills neighborhood… It was at least the seventh time the neighborhood had flooded in 19 years.” [Washington Post]

Flood Insurance Doesn’t Cover All Losses — “They have a FEMA-backed flood insurance policy through Liberty Mutual… When the insurance adjuster came Tuesday to assess the damage she dropped a bombshell. Right there in the middle of the policy it reads, for property in a basement, coverage is limited.” [WJLA]

Arlington Man Leads Police on Chase — “At first the Expedition refused to stop for the trooper, but finally pulled off and stopped on the shoulder. A few minutes into the traffic stop, the driver of the Expedition drove off from the trooper and a pursuit was initiated westbound on I-66.” [Press Release]

Board Approved 23rd Street Tunnel Request — “After years of maintaining the little-used 23rd Street pedestrian tunnel that runs under Richmond Highway in Crystal City, Arlington will request its closure from the state.” [Arlington County]

New Renderings of Rosslyn Hotel Development — “The proposed development… would replace the Holiday Inn at 1900 N. Fort Myer Drive with a building which combines residential, hotel and conference center uses along with retail and restaurant space. A 38-story tower fronting N. Fort Myer would contain a four-star hotel with 344 rooms (compared to the previously-proposed 327), and a 25-story residential tower fronting Nash Street would deliver roughly 500 studio-to-three-bedroom units (compared to the previously-proposed 490).” [Urban Turf]

Hoskins: Arlington in Good Shape — “Hoskins said that Arlington County has ‘nothing to worry about’ with Amazon coming in, adding that the move to Fairfax County is coming at the right time — ‘Yes, I’m done in Arlington.'” [Tysons Reporter]