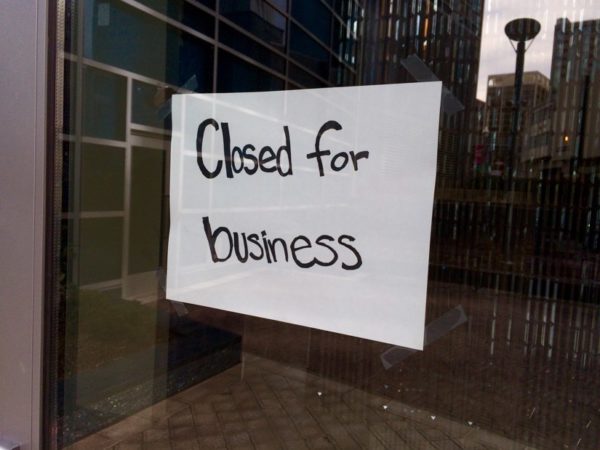 As some indicators point toward another recession around the corner, local economists say Arlington would likely escape the brunt of a downturn.

The recession that kicked off after the country’s housing market collapsed in 2008 devastated communities and families nationwide. But experts say Arlington’s proximity to jobs and contracts from the federal government helped protect the county, and its growing business sector today may also help shield it from future recessions.

How the Great Recession Hit Arlington

Alex Iams, the Interim Director of Arlington Economic Development (AED), said when it came to the last recession, Arlington was “the last in and the first out.”

“In the last recession Arlington fared pretty well from what I can see,” agreed George Morgan, a finance professor at Virginia Tech, in an interview. “It’s not to say that everything was rosy, but compared to other parts of the country, Arlington didn’t do so badly.”

“At least a third of the [local] economy originates with federal payroll or federal procurement spending or other government spending,” said Stephen Fuller, the high-profile professor of public policy and regional development at George Mason University, when asked what helped cushion Arlington during the collapse.

However, Morgan noted that office and multi-family developments saw “pretty dramatic effects” from the recession as he said some companies’ cash-flows dried up and projects were put on pause. That affected those in the real estate development and construction industries.

Morgan also noted that the education and medical sector were hit harder in Arlington than in other parts of the country, but also rebounded faster in the last 10 years. “That’s a big plus if that happens again,” he said of future recessions.

Both economists agreed that lower-wage jobs were hit hardest by the Great Recession. By 2011, the county’s largest food bank reported a record-breaking number of families seeking help.

“In the low wage industries, Arlington basically looks the same as the rest of the country,” said Morgan, of Arlington around that time. “That was not a pretty picture.”

But Fuller and AED director Iams argued that the economic impact on the county of losing 35,000 jobs through federal sequestration was greater. “Base realignment and closure was really our recession,” said Iams.

How Next Recession May Affect Arlington

While predicting economic downturns can be fraught, Iams and the professors agreed the country is prepared if another one happens soon.

“In Arlington, they’re not seeing the signs of [a] recession that you’re seeing it elsewhere,” said Morgan. “It maybe be that Arlington kind of dodges a bullet if there is a next recession.”

The damage the county would sustain would depend on what exactly would cause the next recession.

Fuller explained that “anything that is discretionary begins to take a hit,” including elective purchases like cosmetic surgery, luxury fashion, tourism, and restaurants.

But the professors pointed out that many higher-wage industries — like cybersecurity, which is growing across the D.C. area — can actually weather recessions quite well. Morgan cited an Urban Institute report show that the county has a large share of high-paying jobs from business service companies like Deloitte and government contracting jobs via the Department of Defense.

How Amazon Would Impact a Recession

Iams noted that the county has since 2008 added even more corporate jobs as companies like Lidl, Nestle, and Amazon moved into town.

When it comes to Amazon’s massive planned headquarters, the officials said it’s another potential insulator for the county against future recessions by virtue of the 25,000 people it has pledged to hire — and the others businesses and universities its presence attracts to Arlington.

“They know that Amazon burns workers out after 4-5 years, and they’re still software engineers, so they’ll look around for other, similar-type jobs,” said Fuller. “Amazon is going to make Arlington the epicenter of the talent pool.”

(Fuller recently drew criticism for sharing an opinion column he wrote in the Washington Business Journal about Amazon with the company prior to publication. He stressed his independence to ARLnow in an interview last week, saying, “I never received a dime from Amazon. I don’t even shop Amazon.”)

But Virginia Tech Professor Morgan noted the company itself is not immune to recessions.

“If there is a recession and consumer confidence goes down even online retail falls off, and I don’t know how Amazon is going to respond to that,” he said. “I don’t think we have a lot of experience with how they react in a recession. Who knows what the reaction will be there in terms of Amazon and its services?”

If the recession happens in 2020, as some economists have predicted, Morgan says Virginia Tech and Amazon could delay the construction of HQ2 and the new VT innovation campus in Potomac Yard.

“I could see that taking the air out of the balloon temporarily,” he said.

“We’re diverse enough and we’re big enough” to weather unexpected changes to Amazon’s plans, said Iams, when asked if the county could handle the effects of a delayed or canceled campus.

Iams said if Amazon were to leave, it wouldn’t affect Arlington like BRAC did, partially because the tech and retail giant will have a smaller presence in the county than the overall defense jobs lost in BRAC.

“In the case of BRAC, they really hyperfocused on leased office space in Crystal City, and what you see with Amazon is that they’re going to own their buildings,” Iams said. “So to me, that indicates a very long term [presence.]”

Morgan said another “wild card” when it comes to the likelihood of an impending recession is the 2020 election, which he said could “cut either way” in terms of affecting consumer confidence.

“That could even be the tripwire itself for a recession,” said the professor.

Overall, Fuller stressed that Arlington would likely have a smoother ride than other areas of the country through a 2020 recession.

“Arlington may not notice it at all because it’s also gone through an adjustment period that you can see in the tax rates trying to balance the budget,” said Fuller, calling the continuous BRAC losses “a tough 10 years” for the county.

“Arlington is at the cusp now of better times,” Fuller said. “It’s ripe.”