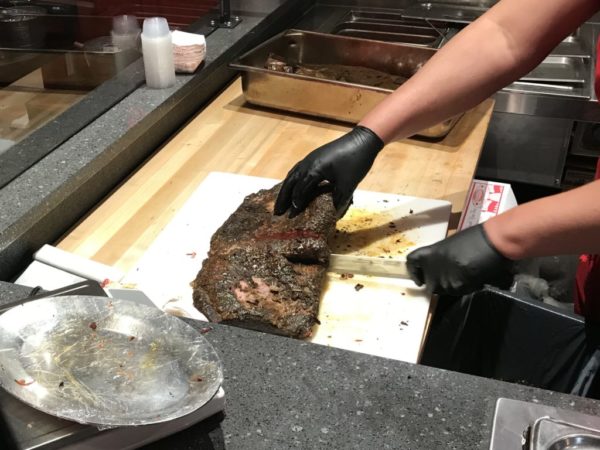 Arlington is understood to be well behind D.C. in terms of fine dining restaurants and awards, but when it comes to barbecue it’s a closer contest.

The 2019 WaPo Best Barbecue list returns Texas Jack’s in Lyon Park (2761 Washington Blvd) to the top spot, praising it as being “as close to perfection, I dare say, as you’ll get in Washington barbecue circles.” The restaurant opened in 2015 and was recently the backdrop of a reality show filming in the area.

Meanwhile, Arlington now gets to claim Sloppy Mama’s — which opened earlier this year at Ballston Quarter (4238 Wilson Blvd) and in a standalone restaurant space (5731 Lee Highway) — as its own.

Sloppy Mama’s is No. 5 on the list, down from No. 3 last year, with Carman noting that “in the past few months, I’ve tasted the best that pitmaster Joe Neuman can produce (meltingly tender slices of moist brisket at Ballston), and I’ve observed the flaws in the system (spare ribs that had hardened into meat sticks, presumably from an extended stay in a holding unit at the Lee Highway shop).”