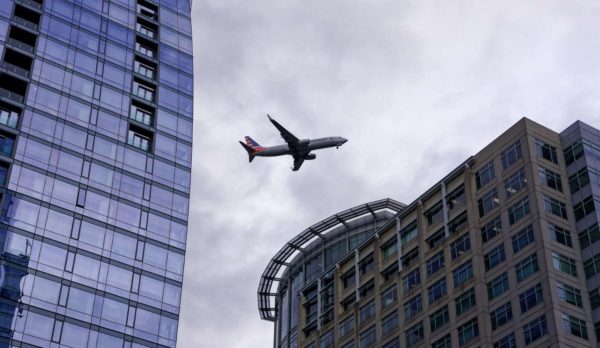 Pentagon City Redevelopment on Pause — “Brookfield Properties has suspended plans to launch a major redevelopment of the Transportation Security Administration’s headquarters in Pentagon City once the federal agency moves to its new home in Springfield in mid- to late 2020… it’s a reflection of the new reality that Amazon’s HQ2 has created in the neighborhood.” [Washington Business Journal]

Vote on Add’l Speeding Fine This Weekend — “Currently, a ticket for going 10 mph over the speed limit in a residential zone is about $80. The additional fine would bring that ticket to $280. ‘People drive like maniacs around here. It’s about time they got some punishment,’ Arlington resident Jack Feegel said.” [NBC 4]

Arlington Resident Helps Return Lost Dog — “A lost dog was reunited with its owner thanks to a passing motorist, who noticed something unusual on their way to work, and a fellow driver farther along the road. Dashcam footage shows the unnamed motorist, from Arlington, Virginia, driving to their workplace in Silver Spring, Maryland, on January 13.” [Daily Mail]

ACFD Responds to Calls in Maryland — It’s rare for the Arlington County Fire Department to respond as mutual aid to an incident in Maryland, but it happened Wednesday morning, with several units dispatched to Prince George’s County. [Twitter, Twitter]

Arlington Tourism Tax May Be Made Permanent — “The Arlington County government looks ready to get a major present from the new Democratic majority in the General Assembly. The state Senate has passed and sent to the House of Delegates a measure that removes the sunset provision on Arlington’s authority to impose a 0.25-percent surcharge on hotel taxes to support tourism promotion.” [InsideNova]

Nearby: No Streetcar in Georgetown — “Plans to extend the DC Streetcar to Georgetown have been effectively scrapped. The District Department of Transportation is halting all work on the project ‘for the foreseeable future,’ according to documents submitted to the D.C. Council.” [WTOP]