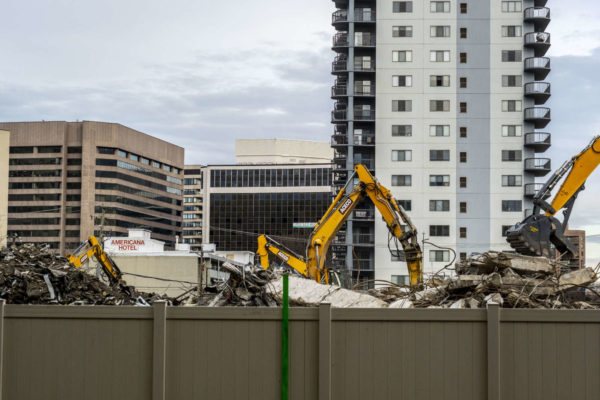 Waverly Hills is Hot — “‘Hot’ is a subjective term in any context, including real estate. While it’s possible to measure the number of sales, price increases and how quickly homes sell, what draws one buyer doesn’t always appeal to other buyers.
According to Redfin real estate brokerage, Willowsford in Ashburn, Va., and Waverly Hills in Arlington are the No. 1 and No. 5 hottest neighborhoods in the country.” [Washington Post]

Next Step for GMU Expansion — “University officials released a request for proposals Tuesday, looking for developers interested in teaming up with Mason to build a new home for the Institute of Digital Innovation on its Virginia Square property. The building is set to include a mix of uses across its 460,000 square feet, with room for classes and research labs alongside space for companies big and small looking to partner with the university.” [Washington Business Journal]

High Water Bill Saga Continues — Residents are still seeking answers to the recent spate of high water bills, even though it appears that the drought — and outdoor irrigation — during that time period is to blame. The COO of Arlington’s Dept. of Environmental Services “said about 3,900 people, 11 percent of the county’s residential customers, had their bills double. He said during the 2016 drought that number was about 2,000 to 2,500 people.” [WUSA 9]

Macy’s to Close Stores — Facing major retail headwinds, Macy’s is planning to close 125 of its stores, nearly a fifth of all of its current stores, over the next three years. So far the exact location of most of the closures have not been announced. There are two Macy’s stores in Arlington, at mall in Pentagon City and Ballston. [Wall Street Journal]

Va. Lawmakers Considering Stronger SLAPP Law — “Many states have enacted tough laws making it harder to get away with so-called SLAPP suits: nuisance litigation designed to bury its targets in paperwork and fees. Virginia, however, is considered friendlier to those kinds of filings, and some experts and advocates say that has become a problem.” [Washingtonian]