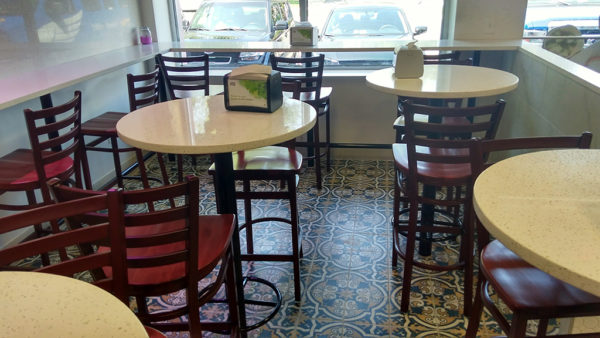 Over the weekend, in the midst of a pandemic, some local restaurants and bars were surprisingly crowded.

With sports leagues, recreational programs, major events, schools and many other facets of everyday life suspended or cancelled, in an effort to flatten the curve of COVID-19 cases, the sight of revelers crowding D.C. area bars and restaurants prompted some outrage on social media.

The fact that people in DC are packing into bars is incomprehensible to me https://t.co/SoifMqnX3o

Thanks for flagging, Dave. Irresponsible indeed and going forward we can stop it: With the state ban on gatherings >100 ppl announced today, we can enforce that ban locally now.

Dr. Anthony Fauci, the director of the National Institute of Allergy and Infectious Diseases, made the rounds on the Sunday morning talk shows and urged young people to stop flocking to bars.

Some states and cities are taking the spread of disease through bars and restaurants seriously.

New York, Los Angeles and the District, along with states like Michigan, Ohio, Illinois, Massachusetts, California and Washington, have imposed varying degrees of restaurant and/or nightclub closures. In most cases, takeout and delivery are still allowed.

Elsewhere, Arlington’s pseudo sister city of Hoboken, New Jersey has imposed a curfew from 10 p.m. to 5 a.m., for all but those required to be at work.

Some Arlington restaurants, including Ireland’s Four Courts and Jaleo, have already closed.

Unfortunately, restaurant closures will have a devastating effect on all but the strongest restaurant businesses — read: mostly chains — at a time when restaurants in the D.C. area, along with their employees, are already hurting. On Saturday, restaurant reservation website OpenTable reported that across Virginia, reservations on its platform were down 39% and continuing to fall.

While Arlington may be limited in what it can do by the Dillon Rule, ideally what do you think the county should do?