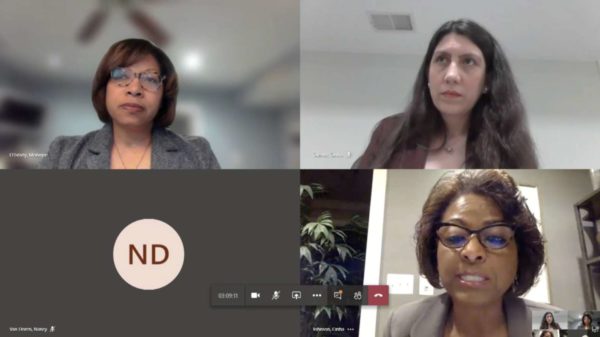 The coronavirus pandemic will mean big changes to the Arlington Public Schools budget.

Interim Arlington Public Schools Superintendent Cintia Johnson presented her revised budget to the School Board via video conference last night, detailing plans to slash $54 million from what was once an ambitious budget calling for $725.8 million in expenditures.

The new budget assumes a drop in projected revenue from $698 million to $660.6 million. To balance the budget, Johnson proposes eliminating all across-the-board pay raises, nixing other planned expenditure increases, increasing class sizes at all grade levels by one, furloughing all staff for one day next spring, and using $14 million in reserve funds.

The school system’s reserves would drop from $26.5 million to $12 million, and would eventually need to be replenished in future budgets.

“We are using a significant amount of reserve funds to balance the budget, but we believe this is the best option for APS in order to preserve our team, maintain our high quality staff, and continue our tradition of excellence,” Johnson said. “”This is an extremely unusual year that has brought increased budget pressures. as a result, we have had to make some very tough decisions.”

Johnson presented two scenarios to the Board for employee pay raises, but said neither was viable for achieving a balanced budget.

“We have preserved, as much as possible, our quality programs and services,” Johnson told the School Board last night.

The budget includes enough staffing to absorb a 4% increase in student enrollment — projected to be 29,142 at the beginning of the school year — and increased funding for English learners and students with special needs, as mandated by a settlement with the U.S. Dept. of Justice. 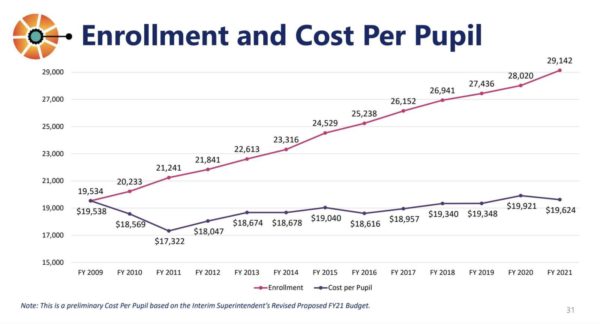 Johnson says there are some unknowns that may yet affect the budget, including whether APS might see any boost in funding from federal coronavirus stimulus programs like the CARES Act, or reduced funding from the state. She said the furlough day should be scheduled as late in the next school year as possible, so that it can be eliminated should additional funding become available.

After a two work sessions and public hearings, the School Board is set to adopt the final Fiscal Year 2021 budget on Thursday, May 7. 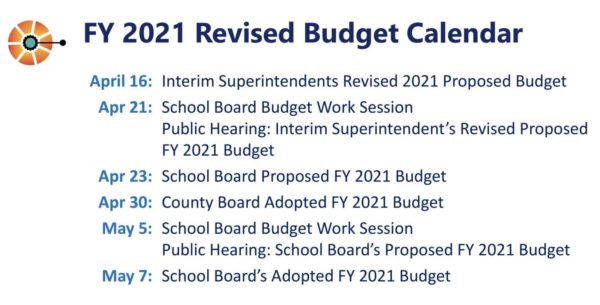