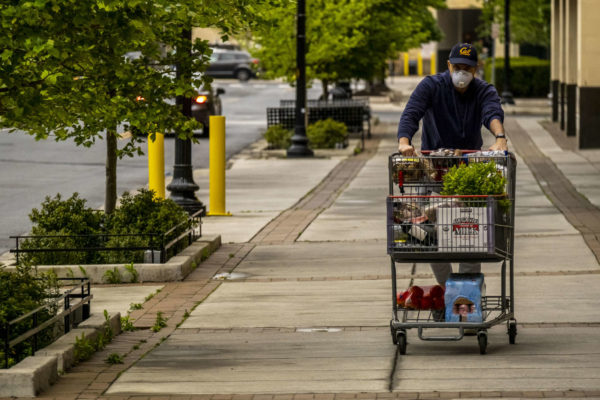 Why Your Pizza Is Not Going Ham — The national meat shortage has led Domino’s Pizza to cut down on the availability of some toppings, including in Arlington. “Due to the current uncertainty in the market for meats, we are limiting the amount of ham we are delivering to our stores,” the company told one local resident. [@craigcolgan/Twitter]

Kids Don Costumes in Support of Masks — “Kids roaming my neighborhood dressed as a hotdog and a bun, with a placard: ‘DON’T BE A WEENIE, WEAR A MASK.’ Lots of people in the D.C. area I’ve observed this week going in and out of stores, playing basketball and mingling on the National Mall are not masking up.” [@meekwire/Twitter]

Police Investigate Robbery in Rosslyn — “Two suspects entered a business and began selecting merchandise. An employee of the business recognized one of the suspects and confronted him as he attempted to exit the business in possession of merchandise that had not been paid for. The suspect shoved the victim, causing her to fall, and both suspects fled in a vehicle driven by a third subject prior to police arrival.” [Arlington County]

Police Looking for W&OD Trail Creeper — “City of Falls Church Police received a report about a man following a woman in a suspicious manner on Monday, May 4, at about 3:10 p.m. He followed the woman on the W&OD trail then continued to follow her into a neighborhood. The woman was not harmed.” [City of Falls Church]