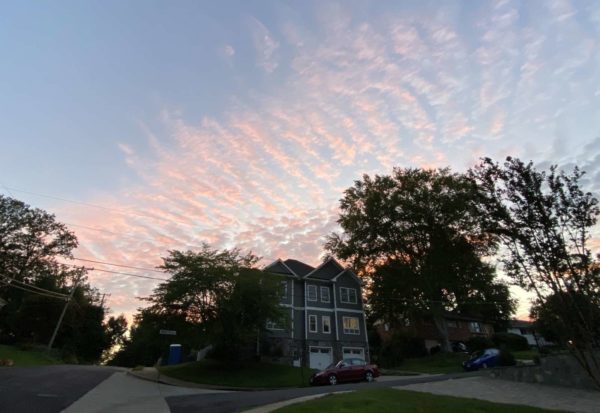 Changes Proposed for Rosslyn Development — “The Dittmar Co. is tinkering with it plans for the redevelopment of the Holiday Inn in Rosslyn, shrinking the size of a planned hotel and adding more residential to account for Covid-19’s impact on the hospitality industry. The developer filed revised plans for the project with Arlington County earlier this month, outlining its new designs for a 326-room hotel and a 523-unit apartment building” [Washington Business Journal]

Rainstorm Leads to Vivid Rainbows — “For such an awful year, 2020 has lots of rainbows. This one continued into the grass below me.” [@STATter911/Twitter, @RosslynVA/Twitter]

County Stats on Missing Middle Housing — “So, just how missing is this missing middle? 6%. That’s the percentage of Arlington’s 116,000 homes that the county estimates are townhomes, side-by-side duplexes, or stacked duplexes. If you count low-rise multifamily apartments as missing middle, the percentage increases to a little less than a third of the county’s current housing stock.” [Greater Greater Washington]

Mulch Available for Arlington Residents — “Free wood mulch for pickup is available for the first time since March. Get it while it’s hot. The stuff doesn’t grow on … nevermind.” [@ArlingtonDES/Twitter, Arlington County]

Rep. Beyer’s GOP Challenger — “Jeff Jordan has his work cut out for him. The Republican supports President Donald Trump, and he’s running an uphill battle against Rep. Don Beyer for Virginia’s 8th Congressional District seat, which has remained solidly in Democratic hands for the last 30 years.” [ALXnow]

Hockey: W-L Defeats Yorktown — “It took nearly five months and some intricate planning. Then at last, the popular and annual all-Arlington ice hockey high-school club match between the Washington-Liberty Generals and Yorktown Patriots was played Aug. 1. The Generals won, 5-3, at the Medstar Capitals Iceplex. The season-ending rivalry match was originally scheduled for March 13, but was postponed because of the COVID-19 pandemic.” [InsideNova]