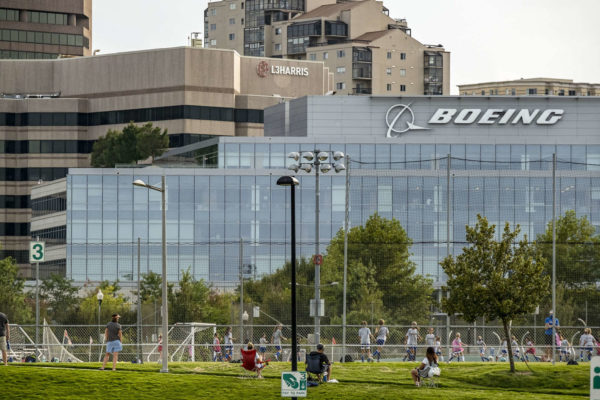 Protest Outside Westover Post Office — About 15 protesters held a “Save the U.S. Postal Service” rally outside the Post Office at 5877 Washington Blvd in Westover yesterday. The two-hour lunchtime demonstration was organized as part of the American Postal Worker Union National Day of Action. [@KalinaNewman/Twitter]

Historic Review Board Likes Shirlington Plan — “The Arlington County government’s historic-preservation advisory body seems generally satisfied that retention of historic features will be seen as an important component of the redevelopment of the Village at Shirlington. In particular, the low-slung storefronts along Campbell Avenue are expected to be protected from the wrecking ball, even as taller and more dense development likely will be allowed immediately behind them.” [InsideNova]

TTT in Clarendon to Host Virtual DJ — Updated at 9:30 a.m. — “Beginning Friday, September 4… TTT (Tacos, Tortas & Tequila) known for its casual Mexican-influenced fare is adding an exciting bit of fun on Friday and Saturday nights and Sunday afternoons with virtual DJs. Guests dining on the first floor and on the third floor TTT Rooftop, which seats 82 and offers wonderful views on the city, will enjoy watching and listening to live streaming DJ performances via large screen projection.” [Press Release]

Family Pushing for Arlington House Change — “Descendants of Charles Syphax have been courting lawmakers for the past few months to make the change, said Syphax family historian Steve Hammond, who lives in Sterling, Va. The family’s effort is motivated as much by a desire to accurately honor the full history of the property and the enslaved people who lived there as it is by any antipathy toward Lee.” [Washington Post]

Nearby: Back to School in Falls Church — Students have started the fall semester, virtually, in Falls Church. A TV news segment shows teachers conducting their virtual classes from their actual, physical classrooms. [NBC 4]