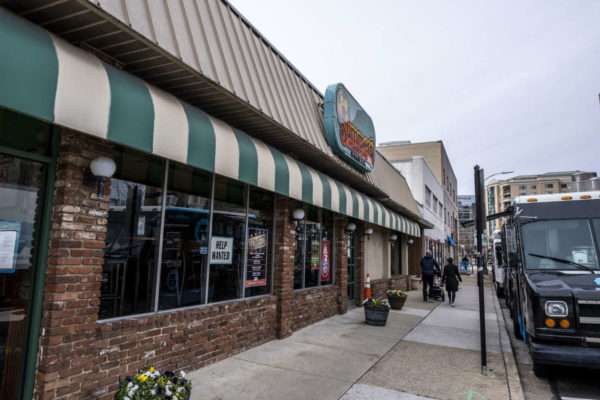 After nearly 40 years, Joe Javidara said the future of his soccer-themed bar Summers Restaurant in Courthouse (1520 N. Courthouse Road) hinges on a permit he said is being processed through Arlington County government.

The restaurant announced on Monday that it was temporarily closed until it could get a permit for outdoor seating.

Like many local restaurant owners with insufficient indoor seating to allow for social distancing, Javidara said getting one of the county’s temporary outdoor seating requests is crucial to ensuring that customers feel safe returning to local eateries.

Jessica Margarit, spokeswoman for the Department of Community Planning, Housing & Development, said the county has received 110 applications for Temporary Outdoor Seating Area permits. Of those, 75 have been approved. Four were denied while 13 remain under review. The other 17 are listed as inactive — meaning they have not followed up with staff on requests for additional information — and one was withdrawn.

Asked about it by ARLnow, Margarit said the county had not received a new TOSA application from Summers yet.

Dear Summers friends,We will TEMPORARILY CLOSE until we get an outdoor seating permit from the Arlington, County. …

It’s a process the county has worked to make easier over the last few months, but Javidara faces a critical snag: his sidewalk is too narrow. An earlier application in June was denied because staff found that putting the restaurant space on the sidewalk would not allow enough space for pedestrians to safely maneuver.

“This time, I went to county and told them we’re going to close, we’ve closed already,” Javidara said. “We got the application. Hopefully we’ll see. They’re going to send the engineer to check it out… Without the outside seating we can’t pay the rent.”

Javidara’s solution had been to utilize the on-street parking area, removing four parking spaces to make way for tables with a cleared space on the sidewalk between the seating and the restaurant for pedestrians to pass through. It’s a move that’s been implemented in places like Clarendon and Shirlington, and in other jurisdictions like Alexandria, to the benefit of local restaurants.

He tried that approach in June, arguing that no one was coming to work in the nearby buildings anyway, but was rejected.

“We tried to open anyway, but we’re losing a lot of money and paying $20,000 in rent,” Javidara said. “And there’s no sports, so it feels like everything is against us.”

It isn’t the first time Summers Restaurant has been in dire straits. In 2014, Javidara expressed similar concerns about increasing rent possibly driving the restaurant out of business.

Now, he’s been told the application could be processed sometime in the next two or three weeks. Margarit said the average application reviews for TOSA permits take 5-10 days, sometimes less.

“They’re slow these days,” Javidara said. “By the time we get it, it could maybe be the end of October. There might still be a few weeks of nice weather. We’ve been here for 37 or 38 years, but if this doesn’t go through we’re going to go.”

Regardless, the building Summers calls home may not be long for this world: the entire block is set for redevelopment.