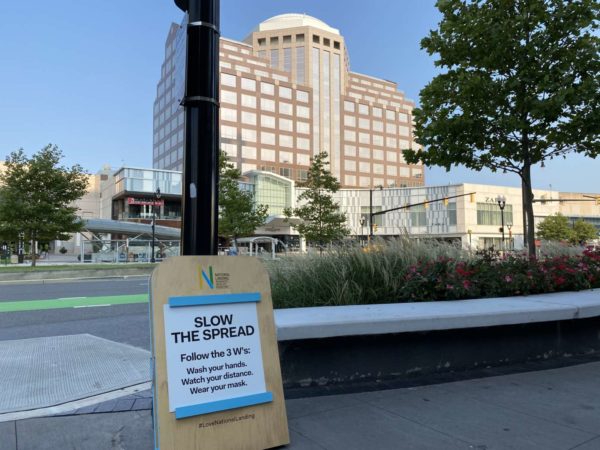 Fall Officially Starts Today — “While many of us think of the first day of fall as a full calendar day, the equinox itself is a rather fleeting astronomical event. It happens at a precise moment when the sun’s direct rays are straight over Earth’s equator. This year’s equinox is at 9:30 a.m. Eastern time on Sept. 22.” [Capital Weather Gang]

County Board Challenger Amps Up Rhetoric — “Is Arlington’s political ruling elite a bunch of preening political poseurs unwilling to do the heavy lifting of implementing a truly progressive agenda for the community? That somewhat uncharitable (and decidedly paraphrased here) assessment comes  from Audrey Clement, the perennial independent candidate for office who this year is facing off against County Board Chairman Libby Garvey.” [InsideNova]

County Launches New Data Portal — “Arlington County today unveiled a new Open Data Portal with several benefits and features that make it easier than ever to access and use Arlington data. The new portal, a centerpiece of the County’s Open Government Program, builds upon the first open data solution that launched in 2016.” [Arlington County]

Robbery Suspect Arrested in Pentagon City — “At approximately 3:36 p.m. on September 19, police were dispatched to the report of a larceny in progress. Upon arrival, it was determined that the suspect allegedly stole merchandise from a business without paying. Upon being confronted by loss prevention at the exit, the suspect allegedly brandished a knife, then fled on foot. The victim was not injured. Arriving officers located the suspect in the Pentagon City Metro, still in possession of stolen merchandise.” [Arlington County]

Postal Service Keeping Rosslyn Office — “The United States Postal Service has tacked on an additional 3 years to its office lease at the International Place building in Arlington, Virginia, but will give up one of its floors in the process.” [CoStar]