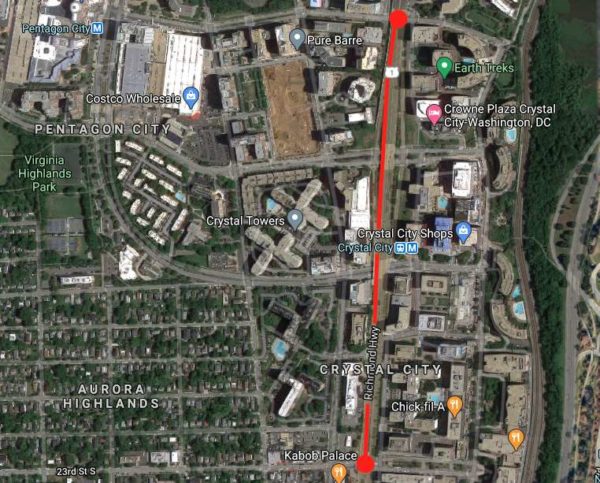 The Virginia Department of Transportation is asking residents to take a short survey that will shape a study of potential improvements to Route 1 between 12th and 23rd Streets S. in Crystal City.

As development activity in Crystal City and Pentagon City continues, VDOT and Arlington County are looking for ways to improve the safety, accessibility and effectiveness of a variety of transportation modes on Route 1 in the area. In particular, the study responds to the increased demand for transportation resulting from the construction of Amazon’s HQ2.

“As this area’s commercial and residential densities continue to increase, transportation plans will need to address the wide-ranging needs of pedestrians, bicyclists, transit riders, motorists, and other users while maximizing the safety, convenience, and sustainability of the system for decades to come,” according to a news release from the VDOT.

The survey asks respondents to explain how they use Route 1 (also known as Richmond Highway), rank improvements by priority, and identify areas with congestion or safety problems. It is available through Nov. 15. 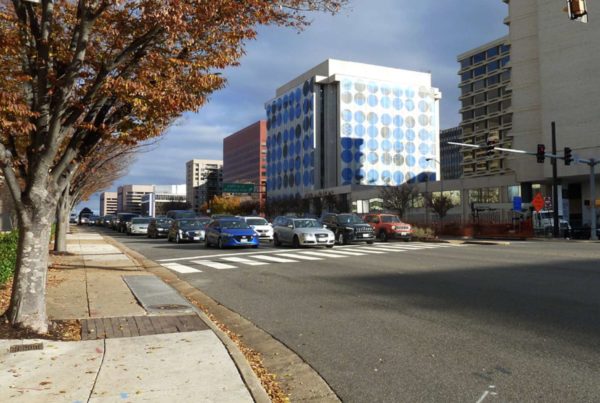 Officials say the study will help identify safety improvements for pedestrians, bicyclists, those using micro-mobility modes such as electric bicycles and scooters, and those taking transit or driving. The study will also examine ways to make transit more accessible, reliable and convenient, as well as options for protecting the environment.

The team leading the study plans to form a task force from representatives of civic associations, Arlington County advisory groups and the National Landing Business Improvement District, the news release said. The task force is anticipated to have five meetings.

After collecting and analyzing the initial survey data, VDOT is planning a virtual public meeting this winter to share preliminary survey results and latest study information. Draft recommendations for the study will be presented to the public for feedback in spring 2021, and the final study is expected to be complete in summer 2021.

Please note that this study does not include construction funding, but will develop proposed future improvements that VDOT and other agencies will consider and may pursue for funding.

The study was announced a week after the National Landing BID released a report, “Reimagining Route 1,” which envisioned the car-centric highway as a slower, greener, pedestrian-friendly boulevard lined with retail and restaurants.

VDOT is studying the Route 1 overpasses over 12th, 15th and 18th streets, which some have called to be eliminated in favor of more urban intersections at grade.

“Route 1 was originally designed to accommodate the auto-centric development trends of the mid-20th century, when the primary objective was to move cars through the area as quickly as possible,” the BID said in a press release. “The resulting elevated highway, super blocks, and oversized intersections divided the community for decades, inhibiting not only connectivity and access, but also the area’s ability to come together as a singular downtown district.”

We are proud to be a champion of projects that enhance connectivity, like "Reimagine Route 1", which begins the conversation around transforming the highway into a more pedestrian-friendly experience. #reimagineroute1 https://t.co/snrzY90Eza