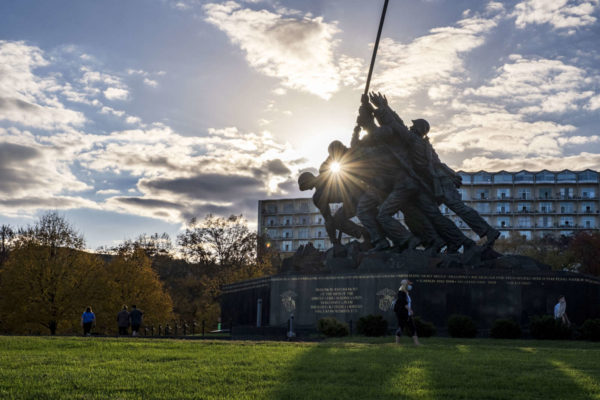 Police Called for Man Spitting on Bus Passengers — An incident on a bus prompted a police response Thursday afternoon. Per ACPD spokeswoman Ashley Savage: “At approximately 1:38 p.m., police were dispatched to the report of a disorderly subject on a Metro bus in the area of Columbia Pike and S. Dinwiddie Street. The suspect left the area prior to police arrival and a search by responding officers returned with negative results… The call for service alleged the subject was acting disorderly and spitting on individuals on the bus.”

Arlington Company Is Among Fastest-Growing — Ballston-based Hungry is the fastest-growing technology firm in the D.C. area and the 18th fastest growing tech company in the nation, according to a new list from Deloitte. Another Ballston tech company, Evolent Health, ranked No. 402 in the U.S. [Deloitte]

NAACP Statement on H-B Incident — “We are pleased that the principal took swift action to notify families and meet with affected students and that the Superintendent followed up with a letter to APS families with an honest depiction that did not minimize the significance or harm it caused. This act of racial violence is the latest and most egregious in a progressive pattern of racist incidents occurring within our schools.” [Press Release]

Nearby: Car Plows Into CD Cellar — The CD Cellar store in Falls Church was damaged after a car came crashing through one of the front windows earlier this week. “Someone thought we were a drive-thru record store,” CD Cellar quipped on social media. [Facebook]