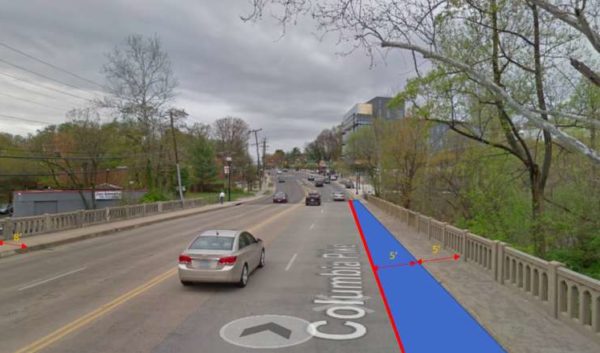 The County Board approved safety improvements for pedestrians and cyclists on Columbia Pike over Four Mile Run, as well as other changes, during its regular meeting on Saturday.

The approved $1 million Four Mile Run bridge project includes widening the northern sidewalk next to westbound traffic from five feet to 10 feet and narrowing the traffic lanes. Lighting will also be added to the northern side of the bridge.

Sturdy guardrails will be installed at the approaches to the bridge, but not on the bridge, county transportation spokesman Eric Balliet previously told ARLnow. The expanded sidewalk will remain 9 inches above street level, to help protect pedestrians.

County Board Chair Matt de Ferranti said during the meeting that he was pleased to approve the project, which makes the bridge more accessible.

“It is part of a big investment that we’ve been working on for multiple years, the Columbia Pike Multimodal Street Improvements project,” he said.

Board member Takis Karantonis said the changes are significant and a long time in coming.

“This has always been a big problem for pedestrians,” he said. “It’s really scary sometimes, with traffic going both ways, very fast.”

“The widening is a welcome change that many in the community have asked for during the outreach and engagement on the Columbia Pike Multimodal Project,” the report said. “The addition of lighting has also been received positively, as the community members shared that this section of the Pike often feels dark and unsafe.”

Some community members requested a barrier between the sidewalk and road. The suggestion was ultimately not included, as the bridge cannot fit one along with a widened sidewalk and four travel lanes, according to the report.

Implementation was anticipated to begin last fall, but the timeline changed because the County decided to combine the updates to the sidewalk with other scheduled maintenance on the bridge, hiring one contractor to do both, Balliet said in an email. 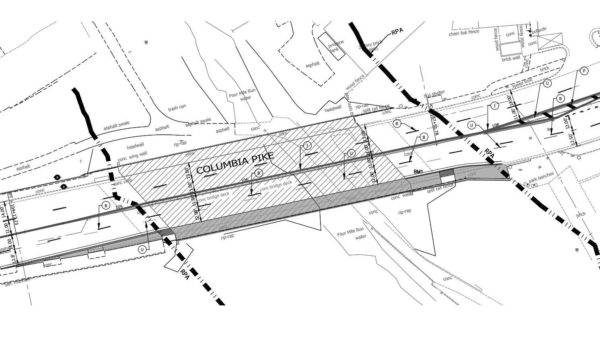 Separately, the Board also gave its stamp of approval to the proposed realignment of the eastern end of Columbia Pike, part of a project that adds 70 acres to Arlington National Cemetery near the Air Force Memorial.

The federal government is paying for the $60 million road project, after acquiring county-owned land for the expansion via an eminent domain suit last summer. 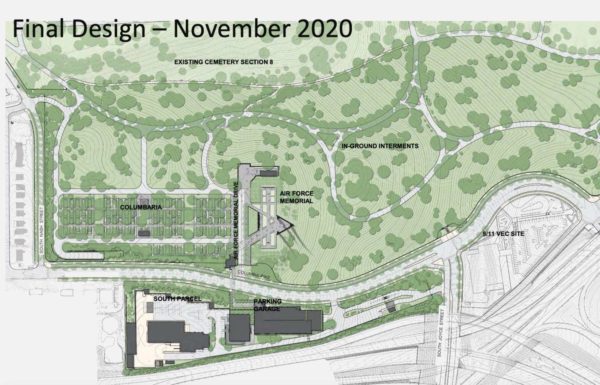