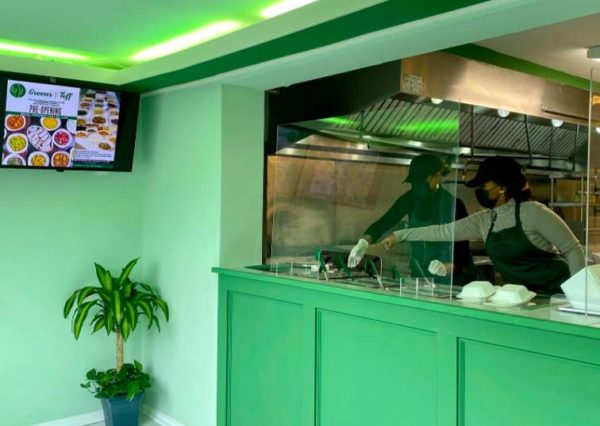 In the weeks after opening, new Columbia Pike Ethiopian restaurant Greens N Teff (3203 Columbia Pike) said the response from the community has been better than they could have hoped.

The restaurant, which features an entirely vegetarian/vegan menu, sold out twice in February, following ARLnow’s coverage of its opening.

“Everything has been good,” said Hanna Elias, one of the restaurant co-owners. “The neighborhood response… it’s been overwhelming. We’re happy to be here, and every customer has been happy to be here.”

Elias said that one of the biggest surprises so far has been that most of the customers order the “extra large” selection on the menu: a base with three proteins and four greens for $14.99. Elias said customers ordering extra large options said they’ve been getting take-out meals for for their family to share and tasting a variety of options.

“Mostly that’s been how they’re ordering: for families,” Elias said. “People were also happy that we have gluten-free injera.”

Injera, a spongey flatbread made from the eponymous teff, serves as the base for many Ethiopian dishes. Elias said the restaurant has also gotten positive feedback on its entirely animal-free menu.

For those who visit, Elias said she recommends the collared greens with the spicy lentils and mushrooms, which she said pairs nicely either with rice or injera. 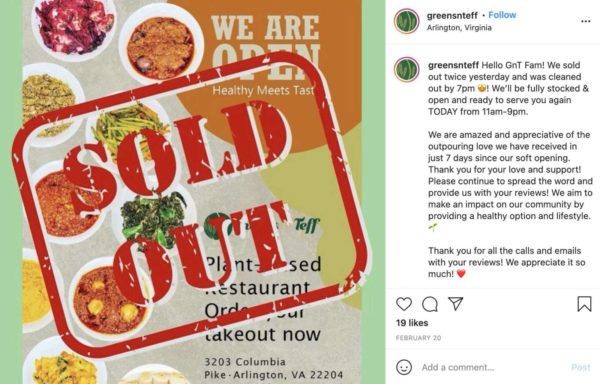