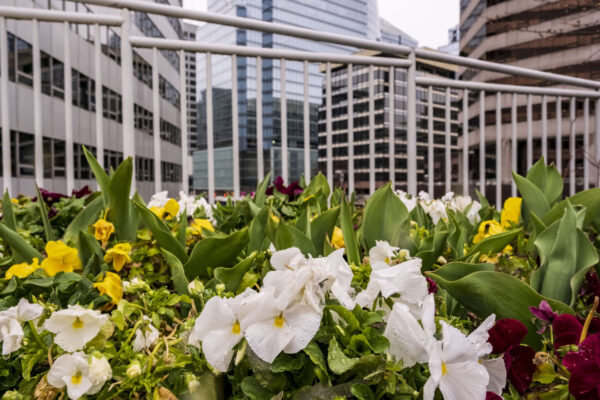 Pandemic Doesn’t Change Amazon’s Plans — “Schoettler, who oversees Amazon’s global portfolio of office space, said the past year hasn’t changed the way the company thinks about its office strategy… Amazon still views the office as the best place for work because of the ability for employees to collaborate, and it still envisions its footprint centered around large corporate campuses like its Seattle headquarters and its HQ2 development in Northern Virginia. ” [Bisnow, Twitter]

Sheriff’s Deputy Charged with Fraud — “India Middleton, a deputy sheriff with the Arlington County Sheriff’s Office, was indicted in Georgia by the U.S. Postal Inspection Service on conspiracy to commit wire fraud. Middleton was one of 10 defendants indicted in a multi-state scheme to submit fraudulent loan applications for non-[existent] businesses as part of the Economic Injury Disaster Loan (EIDL) program and the Paycheck Protection Program (PPP), according to a U.S. Department of Justice release.” [Patch, Arlington County]

APS May Cut Magnet High School from Budget — “As part of his proposed budget for the 2022 Arlington Public Schools (APS) fiscal year, Superintendent Francisco Dúran has suggested cutting funding for Arlington students to attend [Thomas Jefferson High School for Science and Technology]. Should the proposed cut pass, current Arlington students at Jefferson will be allowed to remain, but all future classes — including this year’s rising 9th graders — will be barred from attending the school.” [TJ Today]

Lopez’s Gun Loophole Bill Signed — “Introduced by House Majority Whip Alfonso Lopez (D-Arlington), HB 2128 was one of the first pieces of legislation signed into law by Virginia Governor Ralph Northam before the end of the session. The bill expands the amount of time state police and agencies have to conduct a background check on a ‘default proceed’ gun sale, from 3 days to 5 days.” [Press Release]

View of Old Coal Trestle from New Bridge — “A new view of the 1926 W&OD Railroad coal trestle remnants next to the new Lee Hwy bridge.” [Twitter]