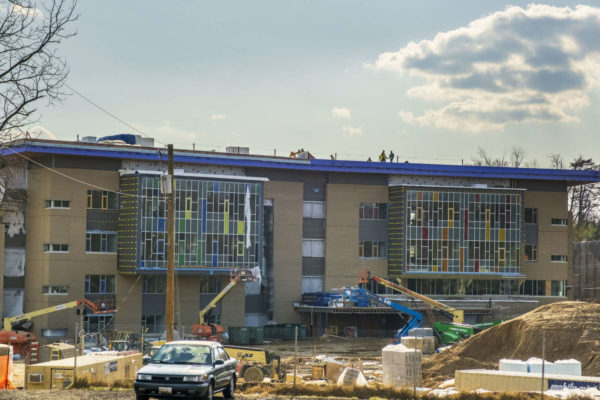 Cardinal Elementary School is the official name of the new school under construction at the Reed site in the Westover neighborhood.

During the Arlington School Board meeting Thursday night, members unanimously chose Cardinal, a name they expressed a preference for during a meeting in March.

Last month, a naming committee presented the School Board with two possible names: Westover Village and Cardinal. The former was a last-minute addition in response to feedback a naming committee received in a survey, through NextDoor and neighborhood email lists.

Board members did not debate the name options further last night. During the previous School Board meeting, they strongly opposed Westover Village due to the possible association with Westover Plantation. It was owned by William Byrd II, who founded the City of Richmond and was noted for the often cruel treatment of enslaved people on the plantation.

“The best way to learn from this history is to not continue to allow it to live in the names of our institutions, especially the names of our schools, where students are meant to learn,” Board Chair Monique O’Grady previously said.

When the naming committee first met to brainstorm new monikers, members initially nixed Westover on those grounds, too. The top five names were Cardinal, Compass, Exploration, Kaleidoscope and Passport.

The committee had also already ruled out names of people, living and dead. Members reasoned that it would be better to avoid names of people whose character could, later on, be called into question.

That meant the school site’s current name — for Dr. Walter Reed, an Army physician who studied and treated yellow fever — was out. The name had, however, been mentioned 133 times, according to a community survey.

The no-people rule also excluded McKinley. Most of the students who attend the new school, at 1644 N. McKinley Road, will move from McKinley Elementary School, with others moving from Tuckahoe Elementary School.

President William McKinley is associated with imperialist policies that hurt Indigenous people, such as buying the Philippines, Guam and Puerto Rico and annexing Hawaii.

Cardinal Elementary School will open this fall and will accommodate around 725 students.