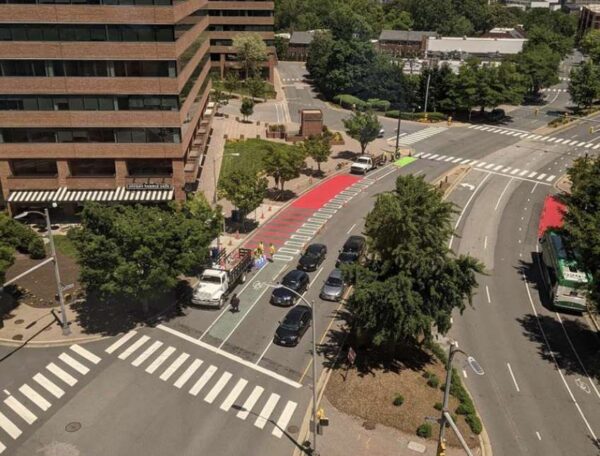 If you see some fresh red paint on the pavement in Arlington, that’s a lane that has been designated for use by buses only.

Seven red-painted portions of roadway are planned throughout the county, O’Brien said, including:

“They should all be completed within the next week,” O’Brien said of the painting effort.