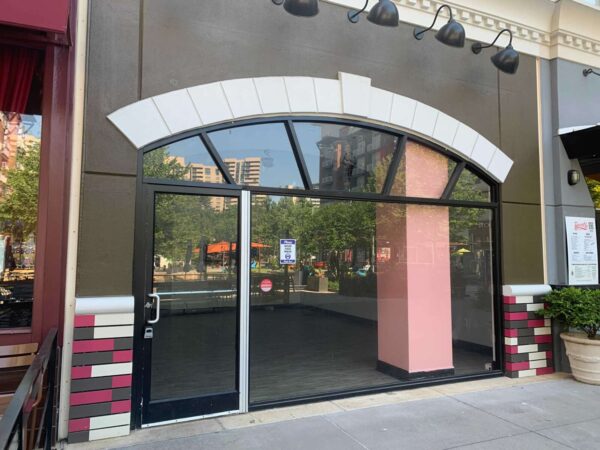 Locals are going to have a new spot to cool off this summer.

The ice cream shop is opening next door to Bun’d Up and its pop-up Wild Tiger BBQ.

This is the shop’s first location, a spokesperson confirms to ARLnow. It is owned by local Rollin Amore, who spent a 35-year career in finance before retiring. While in Europe and Asia for work, Amore often tried local desserts, per the press release.

“When he returned home, he would re-create the unique, flavorful desserts for his daughters, Mimi and Alexandra, to whom he is dedicating the store,” the release said.

The shop will feature 42 flavors of ice cream, including mango, sweet Thai basil, and matcha. There will also be classic flavors like vanilla and chocolate. Ice cream will be “made in the store from locally sourced ingredients.”

“I have been cooking and creating desserts since I was seven years old and I am excited to make this hobby my job,” Amore said in a statement. “Americans love ice cream, and I plan to have dozens of unique ice cream flavors for our patrons. I look forward to opening Mimi’s in the growing National Landing neighborhood.”

When asked about why he choose Arlington, Amore said it’s because the area has lots of ice cream fans.

“Westpost is a vibrant neighborhood with a great mix of tenants,” Amore tells ARLnow. “Mimi’s is located in the heart of the greatest community of ice cream lovers west of the Mississippi!”

The shop’s arrival is the latest in a flurry of openings and closings at Westpost, and at the space used by Mimi’s in particular.

Smallcakes opened in 2018 and then moved to Del Ray. In the summer of 2019, a pizza place opened only for it to close within six months. An all-natural gelato shop replaced it, opening in December of that year. That shop closed in March 2021, changing its name and moving exclusively online. At that same address, a pop-up restaurant called Gorilla Taco opened in 2018 and then closed later that year.