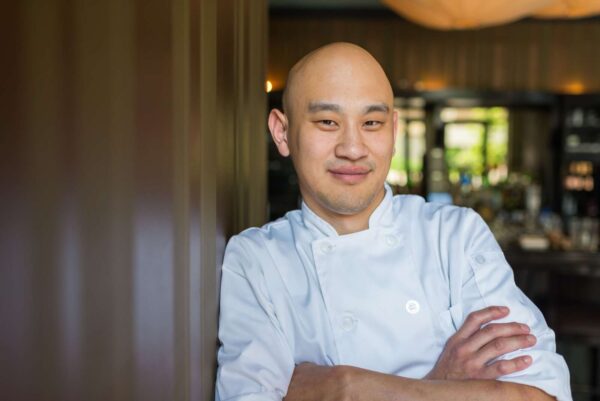 After the murder of eight people, including six of Asian descent, last week near Atlanta, Northern Virginia-native Chef Tim Ma immediately thought of his parents.

The chef, on the verge of opening a Pentagon City location of his popular D.C. restaurant Lucky Danger, grew up in Centreville and is the son of Chinese immigrant parents.

As hate crimes against Asian-Americans have increased in our country and region over the last year, Ma knew he had a “responsibility” to help. He is the co-founder of Chefs Stopping AAPI Hate, a collective of D.C.-area chefs committed to creating awareness of anti-Asian and Pacific Islander racism and working on ways to stop it.

That includes a weekly dinner series, with a significant portion of proceeds going to the organization Stop AAPI Hate.

“A lot of what people know about Chinese culture is actually due to our food,” he says.

Ma admits that, while he’s still targeting an April opening for Lucky Danger at Westpost (formerly known at Pentagon Row), his activist efforts have taken time and bandwidth. He acknowledges it has led to a potential delay for the restaurant’s opening.

“Part of our delay is part of those efforts as well. We’ve accelerated a lot of things [at Chefs Stopping AAPI Hate]… because of the frequency and the severity of what happened in Atlanta,” he says.

But the events of the past few weeks were not the only time Ma says he felt threatened.

On January 6, he made the decision along with executive chef Andrew Chiou to shut down Lucky Danger’s location in D.C. despite a large number of pending orders.

“We’re five blocks from the Capitol and hearing sirens constantly for three, four hours,” Ma says. “As a Chinese-American take-out… we feared being targeted. So, we shut down. We were sold out, but we refunded everyone. All the guests were very understanding. We drove [our employees] home and left the city.”

Lucky Danger’s pop-up location in D.C. is massively popular, so much so that food often sells out. Ma believes this is because they’re bringing a modern take to a beloved cuisine.

“Chinese-American food is unilaterally loved in America,” he says. “But Chinese take-out tends to be ignored, while everything else has been updated. This has really been this exploration of staying true to what the food is in America and updating it.”

He thinks that the appeal will absolutely play across the river. The Westpost location makes it more adaptable for delivery and carry-out, providing enough parking spots for drivers and the ability for customers to walk-up and order.

“I think for the guests it will be more accessible. So, there’s not like this mad dash to make your order at 10 a.m. every morning,” Ma says. “That’s not great for anybody.”

It is, of course, a homecoming for Ma in Virginia. He grew up in Centreville, currently lives in Vienna, and it’s his second Arlington restaurant. Water & Wall on Fairfax Drive in Virginia Square closed in 2017.

“I hate for us to be called ‘buzzy’,” he says laughing. “But I do think Amazon has brought a lot of attention to this part of Arlington.”

Northern Virginia, in general, is also progressing in its culinary cred, he notes.

“I think the pandemic had a lot to play in with… not a mass exodus from cities, but people are stretching out to different areas and the demand is a little bit higher outside of the cities,” Ma says.

As more people get vaccinated and the pandemic wanes — hopefully — Ma has started to hear “chatter” that other restaurateurs are poised to make big announcements about new ventures. That potentially includes himself.

“We developed the concept [of Lucky Danger] to be more than one,” Ma says. “This is the trajectory we are planning. We do hope to continue to grow in this take-out form.”