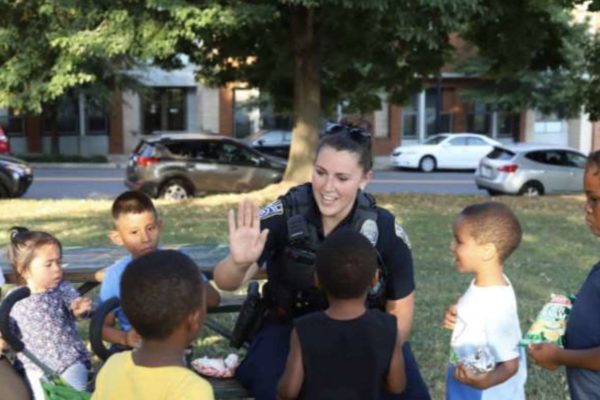 A number of changes could be coming soon to the police department’s School Resource Officers unit that serves Arlington Public Schools.

On Thursday, June 24, the School Board is slated to consider reforms proposed by Superintendent Francisco Durán. Among them, Durán recommends stationing SROs near schools — but not within them — and shifting some responsibilities they handle onto school staff. As of now, he is not recommending changing the number of sworn officers assigned to schools.

“The decision to relocate SROs… is not to diminish the longstanding partnership that we have with ACPD but instead to focus on increasing student supports by effectively utilizing the support structures we have in place,” Durán said during a School Board meeting on Thursday. “The nonenforcement support duties performed by SROs in schools will be something we should focus on having APS staff provide.”

Such changes would require revisions to APS’s Memorandum of Understanding with ACPD. The superintendent said APS is discussing new locations for the officers with the county.

“I want to thank [SROs] for the work they have done,” he said. “They have played an important role in keeping our schools safe and I believe they will continue to do that.”

The recommendations come a few weeks after a School Resource Officer secured Wakefield High School in response to a call from a staff member, who alleged a student was making verbal threats and had what was described as a bulletproof vest.

SROs received renewed attention a few years ago after a rise in school shootings. But the Arlington branch of the NAACP called for their removal, citing disparities in juvenile arrests in Arlington, after the death of George Floyd at the hands of police prompted a national conversation about race and policing. An APS workgroup was subsequently formed and received a wave of community input.

Durán said his changes are grounded in the recommendations from this workgroup.

APS Chief of Staff Brian Stockton said members were evenly split: one third supported SROs in schools, another third did not, and the remaining third had no strong opinions. The final recommendations were backed by a surprising amount of consensus, he said.

“We were shocked that when we presented those recommendations, we didn’t have one person who pushed back,” he said, although there was some disagreement over the difference between relocating School Resources Officers and “getting them out of schools.”

Board members congratulated the group for its efforts and many welcomed the recommendations, including Chair Monique O’Grady.

“One of the things I heard from the community members was that they didn’t want to dishonor the police throughout this process. I think they walked away with respect for the officers who have chosen to try and be supportive of students the way they can be,” she said. “I do think it’s time — where we are in this nation and the concerns we see across the country — that we think differently [about SROs]. I think that that was a lot of what we heard from students as well.”

Board Member Cristina Diaz-Torres said in an ideal world, every ACPD officer would be trained in how to deal more effectively with youth, but until then, these changes mark a good intermediate step.

“It’s no secret that I believe police don’t belong in schools,” she said. “I think there is an excellent educational role they can play when called upon… but it’s important that it is not a consistent presence — it is finite and limited in scope and use.”

She added that the change will not solve discipline discrepancies in Arlington.

Nationally, they said Black youth are nearly three times more likely than white youth to be arrested in school, even when charged with similar offenses.

“A critical component of ensuring positive life outcomes for Black and Brown children, children with disabilities, and children who struggle with mental illness is limiting their interactions with police and opportunities for criminalization,” said Michelle Woolley, Steering Committee member of Arlington for Justice and APS parent.

The groups urge the School Board members to adopt these proposed changes.

“It’s time for APS to create an environment where all students can learn without fear and intimidation,” said Whytni Kernodle, the president of Black Parents of Arlington and a Steering Committee member of Arlington for Justice. “While we appreciate the bold leadership of Dr. Durán and Mr. Stockton, we know that simply reimagining the role of SROs will not eliminate the blatant discrepancies in discipline between Black and Brown children and their white counterparts.”

Stockton told the Board he will return on June 24 with a timeline describing how staff will be trained to take over some of the officers’ duties this fall.