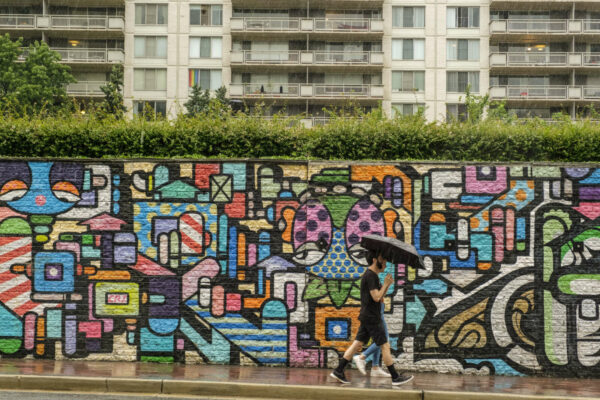 APS Working With Nonprofit on ‘Cultural Competence’ — “This week, RISE, a national nonprofit that educates and empowers the sports community to eliminate racial discrimination, began facilitating interactive workshops with Arlington Public Schools Student-Athlete Advisory Council members and coaches. This is the first in a series of interactive cultural competence workshops that APS and RISE will be providing to athletes and coaches as part of a new partnership.” [Arlington Public Schools]

Northam to Sign Bill at Marymount — “This coming Monday, Virginia Governor Ralph Northam will be visiting Marymount University to hold a ceremonial bill signing for House Bill 2123 and Senate Bill 1387. The legislation will make Virginia students eligible for state financial aid if they are eligible for in-state tuition in the fall of 2022, regardless of citizenship or immigration status.” [Press Release]

GOP Candidate Running Against Del. Hope — A Republican challenger has emerged to contest the re-election campaign of Del. Patrick Hope. Laura Hall said she filed paperwork last week. Hall said she would share more publicly when she hears back from the state regarding her filing. A Democratic primary for the delegate’s district did not occur, after the state Board of Elections determined challenger Matt Rogers did not meet a filing deadline. [Twitter]

Metro Changes On the Way — “Rail service will be extended to midnight, seven days a week, in July, and other bus and rail service improvements and fare changes will start being implemented in the Fall, beginning Labor Day weekend, as many in the region prepare to go back to work and school.” [WMATA, DCist]

Domino’s Is Offering a Signing Bonus — The Domino’s Pizza location on Columbia Pike has signs advertising a $500 hiring bonus for new employees, amid a national labor shortage that is hitting restaurants particularly hard. [Twitter]

Video Shows Wrong-Way Driver on I-66 — Updated at 8:20 a.m. — “Scary video footage shows a driver speeding the wrong way on Interstate 66 in Northern Virginia on Thursday morning.  Virginia State Police say the driver headed the wrong way on the Capital Beltway and I-66, hit at least one car and set off a wave of 911 calls… The driver finally pulled over in the Rosslyn area because of a flat tire. No information on an arrest or charges was immediately released.” [NBC 4]