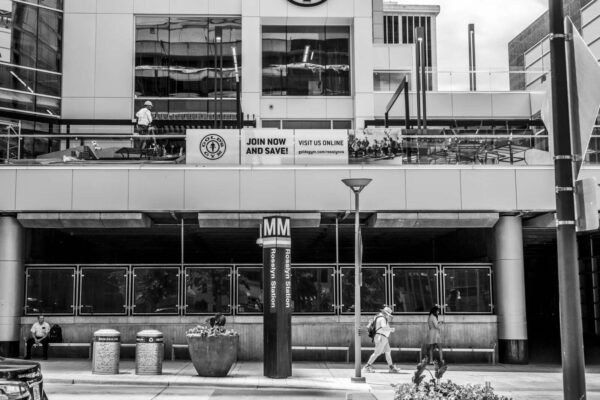 Transit planners have come up with four different ways that they say could solve congestion at the Rosslyn Metro Station while planning for future ridership needs.

Unfortunately, a Metrorail line through Columbia Pike — supported by nearly 70% of ARLnow poll respondents — did not make the cut. But each of the potential future projects does start with changes that some Arlingtonians could see as benefits: a second Metro station in Rosslyn and a first-ever Georgetown stop.

After linking Rosslyn to Georgetown, all four expanded lines would run parallel to and to the north of existing east-west trains, connecting Arlington to West End, the southern halves of Dupont Circle and Logan Circle, and stopping at Union Station. From there, they veer north toward Greenbelt and New Carrollton, Maryland or south to National Harbor.

Two options stand out from the pack. First, a Silver Line express tunnel in Virginia starting at West Falls Church station, and stopping at a possible second Ballston station en route to a second Rosslyn station. Another intriguing possibility is a Blue Line loop to National Harbor, which would add some new direct transit connectivity to Arlington’s Crystal City-Pentagon City corridor.

WMATA says these two would have the second-greatest and greatest gains in new ridership and annual fare revenue, respectively.

While these changes could improve commutes, the projects are decades down the road, if they happen at all. Each of the two options above could take up to 25 years to fund (needing $20-25 billion), construct and complete.

Suspending for a moment how far away these new Metro projects could be, what do you think of WMATA’s proposed changes to connectivity in Arlington and just over the river?