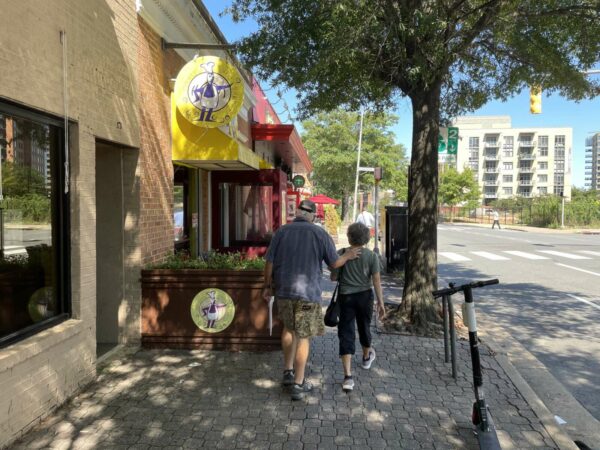 Board OKs More Small Biz Money — “The Arlington County Board voted 5-0 today to approve the Small Business GRANT 2.0 program, which will provide direct financial assistance to small businesses as they continue to recover from the devastating impacts of the COVID-19 pandemic.  The GRANT 2.0 program will provide immediate funds to businesses and nonprofits to aid in their short-term recovery.” [Arlington County]

Amazon Ramps Up HQ2 Hiring — “That job posting is one of roughly 2,700 openings newly unveiled by Amazon for its HQ2 campus, 99% of which are full-time corporate roles. The slew of new openings was added to the company’s jobs site earlier this week, ahead of Wednesday’s annual Amazon Career Day, held virtually… This is one of the bigger hiring pushes by the tech giant, which disclosed this month that its latest HQ2 employee tally tops 3,000, nearly double its last count in December.” [Washington Business Journal]

Amazon Charts Path to Net Zero Carbon — “Amazon.com Inc.’s design for the second phase of its HQ2 development must be carbon-neutral to comply with both Arlington County’s policy, as well as the tech giant’s own climate pledge to reach that status by 2040… The company’s consultant, Seattle-based Paladino and Co. Inc., found that carbon neutrality is “likely feasible” based on the current PenPlace [HQ2] design.” [Washington Business Journal]

Another Video of Columbia Pike Flooding — “We needed some scuba gear out on Columbia Pike” during Thursday’s flash flooding near S. Greenbrier Street. [Twitter]

Lots of Locals Want to Work at the Polls — “Arlington has too many people wanting to serve as poll officials in the upcoming election. Way, way too many. About 440 are needed and more than 1,100 expressed interest in serving, said Eric Olsen, Arlington’s deputy registrar. He called it, without hyperbole, ‘an extraordinary amount of interest.'” [Sun Gazette]

Remembering the Alexandria Canal — “The canal was completed in 1843. It roughly followed today’s Metro blue line and South Eads Street in Crystal City. Canal shipping, though interrupted by the Civil War, continued until 1886, by which time, railroads had rendered it obsolete. In modern times, remnants of the Aqueduct Bridge are visible from both the Virginia and Georgetown sides of the Potomac.” [Falls Church News-Press]

END_OF_DOCUMENT_TOKEN_TO_BE_REPLACED

More Stories
Early Morning Notes for Monday, Sept. 20Morning Poll: What Do You Think of the New County Logo?