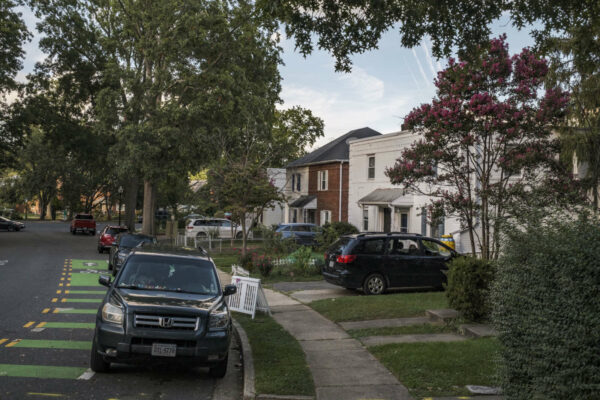 For nearly one year, Arlington County has studied whether the zoning code should be rewritten to allow low-to-moderate density housing types like duplexes in more neighborhoods.

The initiative is dubbed the “Missing Middle Housing Study.” It refers to mid-sized housing types, such as duplexes, triplexes, quads and townhomes, which are denser than a single-family home but smaller than an apartment or condo building.

The county says adding homes in the “Missing Middle” could tackle a local housing shortage. Since its launch, the study has been debated in panels and County Board candidate forums and referenced in discussions about changing zoning ordinances that have hurt some duplex owners.

But something simple may be hindering public perception of the study: the name.

“Everybody assumes it has to do with affordability… and they hang their own viewpoints on that,” said Jim Lantelme, who chairs the Planning Commission.

Speaking on behalf of himself as a resident, Lantelme says a name change may help people disassociate “Missing Middle” and affordable housing, which are separate (but related) issues. He presented this idea to during a joint Planning Commission-County Board meeting last week.

“Missing Middle, for whatever reason, people have a negative reaction right off the bat,” he tells ARLnow. “Why go off a name that’s closing off minds, rather than one that encourages dialogue — one that people have an open mind toward? By renaming it, we might have a better dialogue without having to overcome misapprehensions.”

The county is primarily examining whether different forms of housing can blend into existing, single-family home neighborhoods. The goal is a greater variety and supply of housing, including units that are less expensive than single-family homes but not necessarily affordable to those making well below the area median income in the same way as dedicated affordable housing.

Whether “Missing Middle” housing can be purchased by people in different income brackets depends on size, location and market forces, says Elise Cleva, a spokeswoman for the Department of Community Planning, Housing and Development.

To uncouple “Missing Middle” and affordability, Lantelme suggested names that clarify the study’s exploration of form. He pointed to “Low-Rise,” the name Los Angeles gave to its effort to add more low-rise multi-family buildings to the city.

“Why hobble yourself at the front, when you can try to get a term that is more accurate, that doesn’t have the connotations that people seem to be associating Missing Middle with, which is affordability,” he said.

Cleva said CPHD is also picking up on a disconnect. Over the next few months, during targeted engagement with members of harder-to-reach populations, she said CPHD will debut a clarifying tagline.

“In our interactions with them, we’ll be using a new tagline for the study, ‘Expanding Housing Choice’ and also continuing to articulate that the term ‘Missing Middle’ describes the size and type of a home — in the middle of a spectrum of housing options ranging from single detached homes to mid- and high-rise apartments and condos,” Cleva said.

She says CPHD is trying to address some misconceptions that resulted from a lack of engagement with certain populations.

“Basically, while we’ve reached many people, our engagement data thus far shows that there are many we have not reached, especially among renters and populations that have historically had less access to participate in planning processes,” she said. “It follows then that people we have not had a chance to dialogue with about the study may be unclear about its purpose and scope.”

On the question of renaming the study, Cleva said it’s not out of the realm of possibility.

“[We] remain open to the possibility of renaming the study, should we continue to receive feedback about the name causing confusion,” she said.