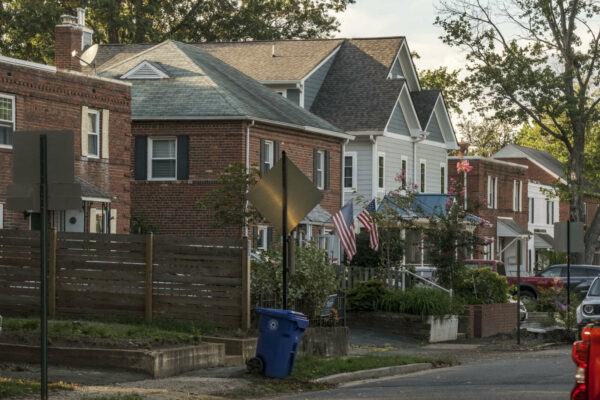 The local NAACP is calling on the Arlington County Board to do more to encourage affordable homeownership opportunities for residents of color.

Although segregation officially ended last century, the Arlington branch of the NAACP says non-white residents are still effectively excluded from some neighborhoods due to county zoning codes, compounded by rising housing costs.

“The widespread single-family zoning scheme that prevents the construction of new housing in affluent, mostly white neighborhoods also worsens racial segregation by confining the construction of new affordable housing units to the Columbia Pike corridor and other parts of Arlington with large non-white populations,” the NAACP wrote in a letter to the county.

“People of color wishing to live in Arlington deserve meaningful opportunities to choose from a wide variety of housing types, in many parts of the county, at a reasonable cost,” the letter continues.

The NAACP says the county needs to adopt a comprehensive strategy to reform the county’s zoning laws and housing policies. It suggests reforms that go beyond those being considered in the Missing Middle Housing Study.

“We support the County’s many studies and other initiatives to promote affordable housing,” it concludes. “The best way to ensure the success of these initiatives is for the County Board and County Manager to show decisive leadership now and commit to supporting comprehensive zoning reform.”

Through Missing Middle, the county is considering whether and what kind of low-density multifamily housing could fit into single-family home neighborhoods. The county says allowing more housing types in these neighborhoods can reverse the lingering impacts of yesteryear’s racist zoning policies.

“The Missing Middle Housing Study has documented the role that Arlington’s land use and zoning policies have played in contributing to racial disparities in housing and access to opportunity,” says Erika Moore, a spokeswoman for the Department of Community Planning, Housing and Development. “Conducting the Missing Middle Housing Study is one of many deliberate choices the County is making to address the mistakes of the past and pave a new path for Arlington’s future.”

While supportive of the study, the NAACP suggests solutions beyond its parameters.

It recommends every redevelopment be assessed for whether it would perpetuate historical exclusion or displace the existing community. If so, developers would have to use a “displacement prevention and mitigation toolkit” to reverse those impacts.

This toolkit could include:

The toolkit would “address the unique needs of and the displacement risk experienced by the community in and around site-plan and by-right developments while also helping to address patterns of historical exclusion experienced by members of protected classes,” the letter says.

These and other tools should also receive county and state funding, like a quick-strike land acquisition account, which would be used to quickly purchase properties for affordable housing development, and targeted homeownership assistance programs, the NAACP says.

Planning efforts for various corridors should ensure affordable housing units are dispersed throughout the county and not relegated to Columbia Pike, the NAACP says. Community engagement in these planning efforts, such as Plan Langston Boulevard, should also be broader, says the organization.

“Residents of color have traditionally been excluded from certain neighborhoods and planning efforts that only consult with current residents (i.e., Langston Boulevard) will continue to exclude these residents without intentional engagement,” the letter said.

CPHD is already considering at least one suggested reform: easing restrictions on the number of unrelated people who live together in a home.

Meanwhile, the second phase of Missing Middle, which is looking at housing types such as duplexes, townhouses and small apartment buildings, will draw to a close this year.

This spring, staff will share their findings and soon, people will be able to view these housing types via a series of walking tours, says Moore.

Next, the county will conduct “a broad, countywide engagement,” sharing a preliminary proposal and asking for feedback, she says.

“We are developing an engagement plan that will include both [online] and in-person components over the course of several weeks, with a focus on equity in our outreach and ensuring as many people who want to participate can do so,” she said.

Potential zoning and General Land Use Plan amendments will be considered in the next and last study phase. The County Board is scheduled to vote on study recommendations in October.