The weather may be windy and cold today, but it was sunny and more spring-like on Friday for the opening of a local retirement community’s famed daffodil garden.

A number of local officials attended the ribbon-cutting ceremony at the Culpepper Garden community for low-income seniors, located in the Buckingham neighborhood at 4435 N. Pershing Drive.

Among the officials were County Board Chair Katie Cristol, County Board member Libby Garvey, County Manager Mark Schwartz, and state Senator Barbara Favola. They were joined by Arlington first responders, who helped to cut the ribbon on the spring garden, which features some 33,000 flowers in bloom, according to Culpepper Garden.

The garden was renovated and expanded during the pandemic and is tended to by a mix of volunteers, professional gardeners and staff.

A press release about the event is below.

END_OF_DOCUMENT_TOKEN_TO_BE_REPLACED 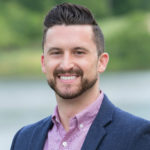 Did you know that our bodies have 206 bones, and 52 of those bones are in our feet?! The job our feet do is complicated as well. They support our body weight, which adds up to tons of pressure every day as we move around. They push us forward, act as shock absorbers and even provide our brains with information about the position of our bodies, which is necessary for good balance.

With all this complexity, it’s no surprise that things can go wrong. The American Geriatrics Society says one-third of people older than 65 have problems with their feet. Podiatrists see more older patients than any other age group. Normal changes of aging are partly to blame, but common health conditions also affect our feet — these include osteoporosis, obesity, arthritis, circulation problems and/or diabetes.

If your elder loved one is experiencing any symptoms of foot discomfort, here are seven steps to providing better foot care for older adults:

Contact me today at Right at Home if you’d like a care consultation, or if I’m able to provide any other assistance to you and your family. 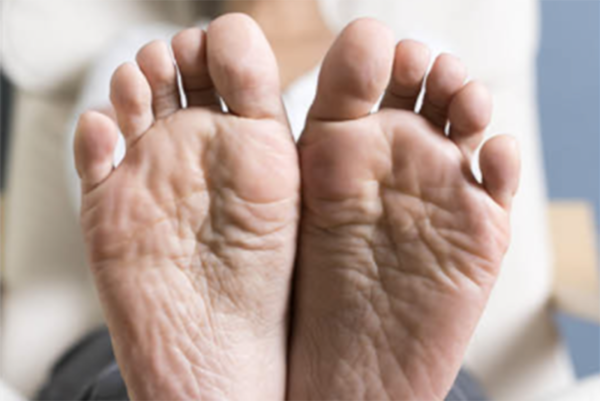 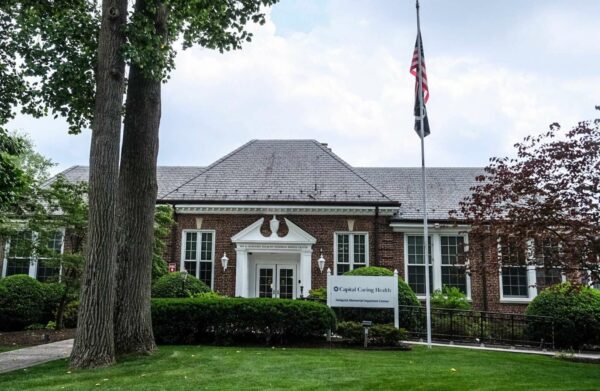 The 15-bed Halquist Center at 4715 15th Street N., one street over from Virginia Hospital Center, provides hospice and palliative care and is run by professional clinicians and volunteers. The facility, known for its calm atmosphere and volunteer-maintained gardens, is one of many that Capital Caring Health operates in D.C., Virginia and Maryland.

According to Steve Cone, a spokesman for the nonprofit, the center — which opened in 1982 in the former Woodlawn Elementary School — needs some upgrades. The nonprofit will be launching a capital campaign to raise $10 million for renovations and expects Halquist to reopen in late 2023, he said.

“The facility needs an extensive renovation so we can offer the surrounding community the same state of the art hospice care, such as private patient rooms, that is expected by families today and is available at our other inpatient centers across the region,” he said. “Planning is underway for the New Halquist which will be the very best facility of its kind anywhere when it reopens.”

A letter to staff and volunteers from CEO Tom Koutsoumpas, however, opened with the financial reasons that contributed to the decision to close Halquist, noting that the facility also needed renovations.

“What has happened here at Capital Caring Health is we have experienced increased expenses due to COVID protocols and related operational issues while at the same time experiencing Medicare repayment challenges and reduced patient referrals over a period of many months,” wrote Koutsoumpas in the letter, shared with ARLnow.

A volunteer explained that pre-pandemic, terminal patients would get referred to hospice care options if, after going to the hospital, they opted to live at home — with in-home hospice visits and later a stay at the center — rather than pursue treatment options. With the virus spreading, people visited doctors less, resulting in fewer referrals.

“There is a general concern that last year they weren’t getting care, so then doctors were not putting them in hospice,” the volunteer said.

And nearly 90% of the nonprofit’s revenue comes from insurance reimbursements, according to its most recent annual report. Charitable contributions, meanwhile, make up 6.6%.

The volunteer said she was confident the $10 million will get raised because Capital Caring, and Halquist specifically, has a very loyal donor and volunteer base.

“If anyone has used it and gotten the services, they’re so grateful — the service is so good and people are so compassionate — that they continue to donate, in particular to Halquist, which is part of Arlington community,” she said.

To get back on track, Koutsoumpas said, the nonprofit had to reduce staffing levels and expenses and close the Arlington facility, as well as an assisted living and dementia care facility in Maryland called Arbor Terrace. Staff who could not be relocated were furloughed but could return if the nonprofit’s financial situation improves, the CEO wrote.

“These decisions were not taken lightly and [were] very difficult to make,” he said.

While Cone could not comment on staffing decisions, he affirmed that Halquist’s cadre of volunteers will be able to support patients and will continue maintaining the building and grounds “as if patients were still being cared for there.”

He said the Arbor Terrace facility, meanwhile, is closing because it “did not lend itself to the care surroundings we have high standards for.”

The nonprofit instead intends to staff a new inpatient center that the University of Maryland Medical Complex is planning to build on its campus.

Cone did not confirm the financial considerations Koutsoumpas mentioned but instead highlighted a number of expansions, including more opportunities to provide care across new facilities opening at D.C.’s Sibley Memorial Hospital in August, and in Northern Virginia in November and through an increased presence in disadvantaged neighborhoods.

Still, the volunteer said the Halquist closure came as a surprise.

“I was stunned,” she said. “We [the other volunteers] had not heard anything about this.”

The nonprofit will keep the facility in Arlington open until the last patient leaves, according to communications with staff.

END_OF_DOCUMENT_TOKEN_TO_BE_REPLACED

Elder abuse isn’t a topic anyone enjoys discussing, but it’s important to acknowledge that it occurs.

Experts estimate that 10% of older adults are victims of some form of elder abuse, yet only a small percentage of cases are ever reported. This abuse can take several forms: physical abuse, emotional or psychological abuse, sexual abuse, neglect and abandonment, or financial exploitation.

While abuse occurs to all types of people in all types of situations, gerontologists say that social isolation is a top risk factor for elder abuse. This gives increased significance to Elder Abuse Awareness Month this year, as many seniors continue to battle the (social, financial, physical, etc.) impacts of COVID-19.

To that end, I wanted to shine a light on a few key items:

Everyone has a role to play in protecting aging adults — not just caregivers, but the general public as well. The following are key warning signs abuse may be occurring:

When It’s Time To Act

Seniors who are being mistreated may be too ashamed or afraid to talk about it. If you suspect an elder has been victimized, reassure them that it is not their fault. Then, explain that you are concerned and offer to assist them in getting help.

Concerns can be reported to the appropriate protective services agency and detailed information can be found on the National Center on Elder Abuse website. 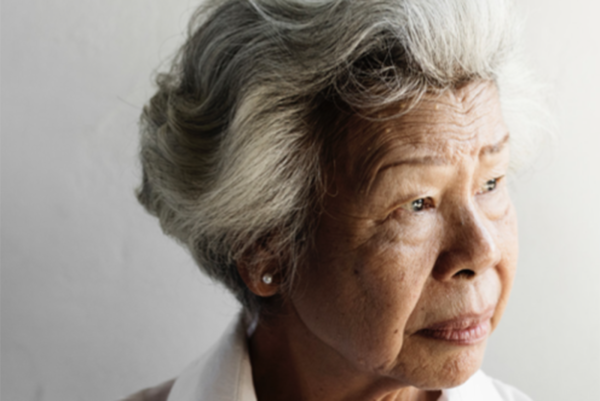 Keeping Our Loved Ones Safe

Especially now, it’s important for families to stay in close touch with older family members. Make contact frequently, know the red flags listed above and encourage your loved one to express any concerns they have to you.

Professional in-home care services can often provide assistance as well. Professional caregivers assist clients with personal care, health care management, transportation, companionship and a variety of other services that ease stress. Additionally, they provide watchful supervision for all seniors and serve as a liaison for many families.

This provides peace of mind for families and ensures the well-being of their aging loved ones. Contact me today at Right at Home if you’d like a care consultation or if I’m able to provide any other assistance to you and your family.

Some changes in our sleep patterns are perfectly normal as we grow older. Aging adults tend to go to sleep earlier in the evening and wake up earlier in the morning. Also, research shows that older adults may actually need less sleep than they did in their younger years.

However, not all sleep changes seniors experience is normal. Incontinence, pain from arthritis, digestive problems and mediation side effects can all affect sleep. To help spot some issues that may need to be addressed by a doctor, here are some common conditions that a sleep specialist could help identify and address:

This condition causes a sleeper to stop breathing for short periods — from a few seconds to even minutes and often repeatedly throughout the night. Sleep apnea may be accompanied by loud snoring, although not always. For seniors, this can not only disrupt sleep, but it could also cause a dangerous drop in oxygen levels. A sleep specialist can help prescribe a breathing support device (such as a CPAP), a special mouthpiece or, in extreme cases, recommend surgery.

The brain changes of Alzheimer’s and related disorders can greatly disrupt a senior’s sleep patterns. Some people with dementia may sleep too much, while others have issues sleeping much at all. The disease disrupts the body’s natural 24-hour sleep/wake cycle, sometimes leaving a seniors’ sense of day and night reversed or fragmented. Dementia care experts can offer suggestions to improve sleep, many often as easy as behavioral routine changes. 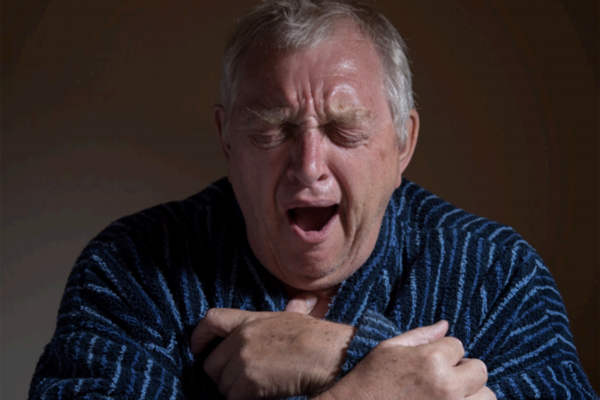 When a person has a sleep disorder, this can not only affect them, but it can also affect others in the home. The sleep of family caregivers is often regularly disrupted from waking to support their loved one to the bathroom or handle other middle-of-the-night needs. This is particularly the case when caring for loved ones with dementia who may experience “sundown syndrome,” where those with dementia become restless and agitated in the late afternoon and early morning during a caregivers’ core time of rest. Studies show that sleep problems are actually the No. 1 contributing factor when families decide a person with dementia should be placed in a professional care setting.

Here at Right at Home, our care experts work with families to support the needs of seniors and loved ones alike. Contact me today if you’d like a care consultation or if I’m able to provide any other assistance to you and your family.