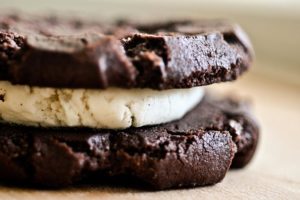 The past two months have apparently not been kind to a handful of local restaurants.

A number of restaurants have fallen farther behind on their payment of Arlington County meals taxes. Such tax delinquencies are sometimes a sign of shaky financial health, as was the case for failed restaurants like Bebo Trattoria, Restaurant Vero and McGinty’s Public House, all of which still owe tens of thousands of dollars to the county.

The latest delinquency list shows that Front Page Restaurant in Ballston (4201 Wilson Blvd) ran up an additional $23,000 tab with the county between December and February. The restaurant now owes Arlington $46,531.82. As of August, it only owed $17,113.52.

In a somewhat bright spot, former Bebo Trattoria owner Roberto Donna appears to be making his court-ordered repayments to the county. Bebo now owes $153,715.976, which is more than any other establishment but less than the $160,898.82 that the county said it owed in December.

The 4 percent county meals tax is collected on all prepared foods and beverages sold in Arlington. Often, this tax is passed directly on to the consumers in the form of a tax charge on the bill.

Flickr pool photo by Chris Rief. No connection with any restaurant named here is implied.