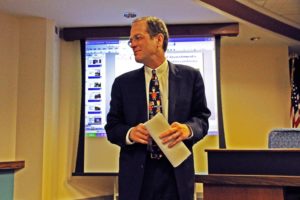 The proposed FY 2012 budget includes a step increase for teachers and other school employees that was not granted last year amid a serious budget crunch. It does not, however, include a cost of living (COLA) increase. COLA increases used to be granted nearly every year until Arlington’s budget difficulties began two years ago.

Senior employees and employees at the top of the pay scale — who together make up about 33 percent of the work force — are not eligible for a step increase. Dr. Murphy is proposing a one-time payment of $1,000 to  those employees. The total cost of all pay raises is estimated at $7.9 million. (The original $16.4 million figure included benefit and retirement increases.)

The superintendent’s budget includes an increase in class sizes for grades 9-12, from 24.4 students per class to 25.4 students per class. Dr. Murphy leaves a one student increase in class sizes for grades K-8 as an “option” for the school board to consider. Dr. Murphy, facing a looming system-wide capacity crisis, also budgets for the purchase of 12 new relocatable classrooms.

“Capacity and enrollment will continue to be something we’re going to have to look at,” Dr. Murphy said, noting that Arlington schools still “have some of the smallest class sizes in the region.”

The budget includes some good news for supporters of the Arlington’s David M. Brown Planetarium.

“My hat goes off to them, they’ve done an excellent job,” Dr. Murphy said. “They appear to be on target to meet their objective… It’s really what Arlington is all about.”

Dr. Murphy said he expects to reinstate a full-time position to staff the planetarium once renovations are complete in FY 2013. Currently, it’s staffed by a part-time employee.

Other notable items in the proposed budget:

A public hearing on the proposed school budget will be held on March 10. Board action on the budget will take place on March 24, and final adoption is expected on April 28.