A drive through parts of Lyon Park, Clarendon and Rosslyn today revealed significant progress on three large residential developments, as well as clean-up work on one ill-fated project. 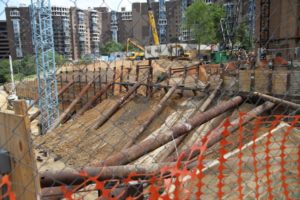 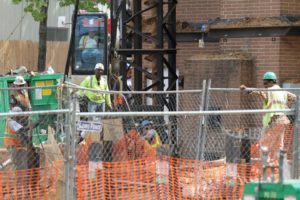 In Rosslyn, Clark Construction crews are busy cleaning up from last week’s retaining wall failure at the Sedona and Slate apartment site. Workers were busy reinforcing the adjacent Swansen Apartments building, which nearly collapsed into the construction pit after the failure.

Residents have still not been allowed to move back into the building, according to Arlington County Inspection Services Division Chief Shahriar Amiri. It’s hoped that the building may be ready for re-occupancy next week. The Sedona and Slate project, meanwhile, has been set back untold weeks or even months. 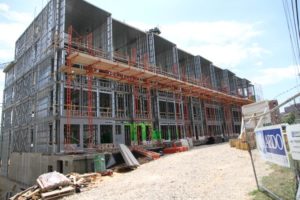 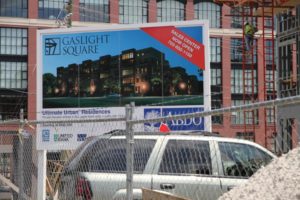 Also in Rosslyn, Abdo Development’s Gaslight Square luxury condominium building has a gleaming metal frame and teams of busy construction workers. The groundbreaking for the project was in January. 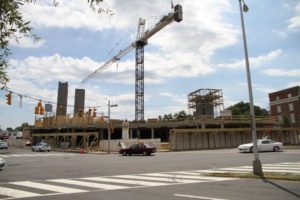 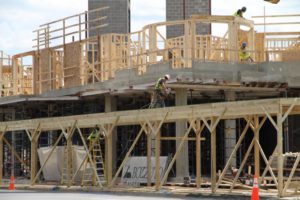 In Clarendon, Ironwood Realty’s Garfield Park at Clarendon Village project is also well-underway. The project has been drawing complaints for obstructing traffic and creating significant noise at the intersection of Washington Boulevard and 10th Street. 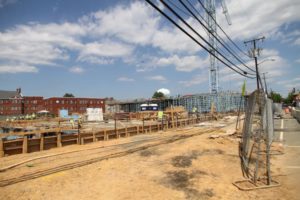 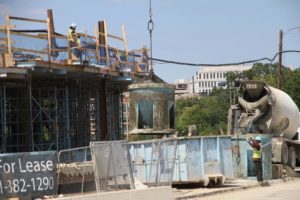 Finally, in Lyon Park, the old Lee Center is no more, replaced by the beginnings of the so-called 2201 North Pershing project. The mixed-use residential building is expected to wrap up next summer.