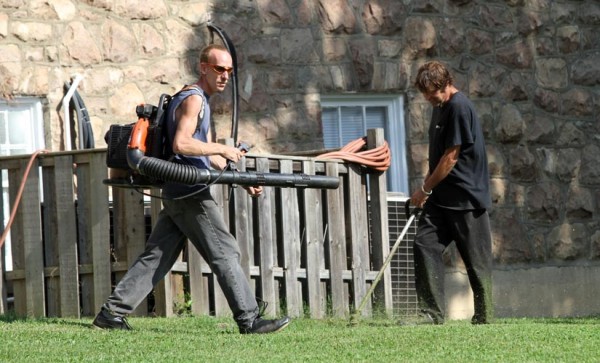 Construction to Begin on Rosslyn Office Project — The long-stalled Central Place office project may finally be moving forward. Developer JBG says construction on a new 390-foot office tower, adjacent to the Rosslyn Metro station, will likely begin in the second quarter of 2012. The project will be competing with the nearby 1812 N. Moore Street project for the title of tallest skyscraper in the D.C. area. [Washington Post]

Taxi Fee Increase in the Works — The Arlington County Board is expected to advertise public hearings for a possible increase in two fees charged by taxi cabs. County staff is recommending the initial base taxi fare (the “drop fee”) be raised from $2.75 to $3.00, while also recommending the extra-passenger charge be hiked from $1.00 to $1.50. All fees charged by Arlington-based taxis are set by the county. [Sun Gazette]

Is Arlington Blocking I-66 Widening? — Why isn’t VDOT rushing to widen additional sections of I-66 inside the Beltway? Bob Chase, of the Northern Virginia Transportation Alliance blames obstructionism from Arlington. But County Board Chairman Chris Zimmerman says a lack of money is behind the lack of action — and that Arlington “by itself doesn’t have the power to get in the way of more lanes.” [Washington Examiner]

H-B Woodlawn, a.k.a. Hippie High — H-B Woodlawn Secondary School — the educational experiment once known as ‘Hippie High’ — turned 40 this year. According to the Post: “Hippie High enters middle age far more conventional than it once was, with many of its students loading up on AP courses and obsessing about their SAT scores and grade-point averages just like their peers at ordinary high schools.” [Washington Post]