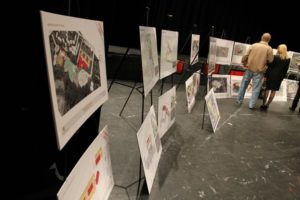 The Arlington County School Board is scrambling to decide on permanent solutions to the school system’s current capacity crisis.

Facing a burgeoning school population that has grown by 15 percent since 2006 and is projected to balloon another 20+ percent by 2017, school leaders are examining numerous options for new buildings, additions and renovations. Sixteen options for buildings or additions on Arlington Public Schools property were presented at a public meeting last week, and more options are on the way.

At a joint work session last Wednesday, County Board and school board members signed an agreement that will open up county-owned properties for possible school use. In the coming months, the school system is expected to add proposals for building on or renovating county-owned properties to the existing 16 conceptual plans for school properties — although only a handful of plans will necessarily be acted upon. 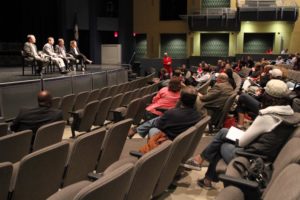 Among the county properties expected to be studied for possible school use are community centers like the Madison Community Center, among others.

Arlington Public Schools officials say they expect to add about 25 “relocatable” trailer classrooms per year “for the foreseeable future” in order to meet growing demand at schools across the county. The school system has just about run out of other options for packing more students in — by converting computer labs to classrooms and other creative “repurposing” techniques — without adding more bricks-and-mortar or further increasing class sizes.

“We’ve pretty much exhausted all our avenues of repurposing space,” said APS spokesman Frank Bellavia. “We’re going to be adding relocatables every year to alleviate some of that overcrowding, but those are just temporary solutions.”

Temporary solutions aren’t enough, administrators say, because the school system’s enrollment growth appears to be permanent. The recent growth in enrollment and the growth in the county’s birth rate point to a sustained rise in the student population that must be met with a permanent capacity increase, they say. By 2017, school enrollment is expected to surpass 26,000 students — nearly 3,500 seats over current capacity.

“This is not a bubble,” said Arlington Public Schools Superintendent Dr. Patrick Murphy.”This is a realization… we need to go ahead and do it.”

Arlington County Board Chairman Chris Zimmerman says that the trend of young couples starting families in Arlington but then moving further out into suburbs seems to have reversed — thanks to an increase in the desirability of living in Arlington and in the quality of the county’s schools. 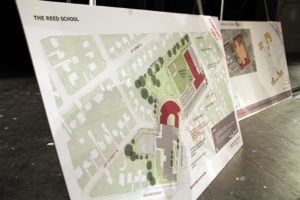 “People actually see Arlington schools as significantly better than other alternatives, both public and private… we didn’t hear that 10 or 15 years ago,” Zimmerman said. “Then there’s the overall trend of people wanting to live closer-in… more transit-oriented, more urban communities, shorter commutes. That means there are people deciding they’re going to raise their kids here even if it means that their house isn’t going to be as big [or] their yard isn’t going to be as big.”

Criteria for choosing the sites where new school construction will take place include cost-effectiveness, parking and transportation considerations, and the use of green space. Already, residents near the Reed School site, in Westover Village, have organized and expressed opposition to the idea of using the site’s open space in order to build a new school building.

Tonight, the School Board will hold a work session to discuss the 16 possible expansion sites. More public meetings will likely be organized in January and February, according to school spokesman Bellavia. A final building proposal will be formulated this spring, and is expected to be incorporated into a new Capital Improvement Plan by the end of May. 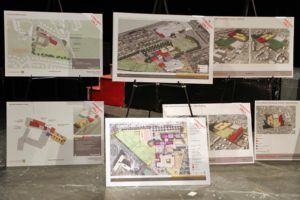 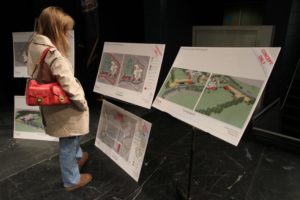