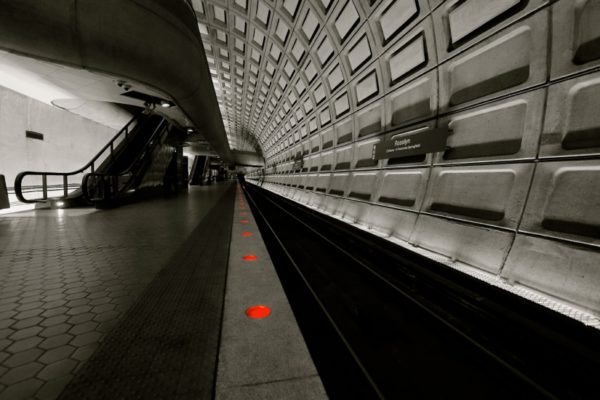 As Arlington grapples with the cloudy future of transit on Columbia Pike, in the wake of the streetcar line’s cancellation, one question has been largely absent: Is Metro the answer?

The Pike, Pentagon City and Crystal City together are projected to account for 65 percent of the county’s population growth and 44 percent of its job growth in the next three decades, and Arlington doesn’t have a long-term transit plan in place for the Pike to accommodate that growth. So far, much of the discussion has revolved around bigger and better buses.

But there is another option, a much bigger, bolder and pricier option than even the streetcar: taking advantage of an existing stub tunnel at the Pentagon Metro station and building a new Metrorail line under Columbia Pike. Such a line was envisioned as a likely expansion by the Metrorail system’s original planners in the 1960s.

When the proposal for Arlington’s short-term plan for the former-streetcar corridor comes before the Arlington County Board next year, two of the five members of the Board will be newly elected, replacing the retiring Board chair and vice chair, Mary Hynes and Walter Tejada.

Dorsey tells ARLnow.com that he’s open to Metrorail as part of a more holistic discussion of the Pike’s transportation future.

“We haven’t undergone a process to really do that in a sufficient way, where we’ve looked at a variety of transit options that are possible — not feasible, but possible — and determining whether or not that matches long-range projections,” he told ARLnow.com. “I absolutely think that’s something that needs to be done in consultation with regional partners on heavy rail.”

The county is still planning to install 23 more transit stations along Columbia Pike, for a total of $12.4 million — redesigned to cost far less than the Walter Reed Super Stop prototype — and those stations are designed to accommodate enhanced bus service. However, other than assumptions that more, bigger and fancier buses will be coming to the Pike, it’s unclear how those stations will be integrated. The county has vowed to spend $200 million on the corridor’s transit over the next six years.

Cristol agreed with Dorsey, saying Arlington needs to consider all long-term options in the corridor’s future.

“I believe we need to keep everything on the table as we contend with the forces shaping re-development and transit demand in Arlington,” she said. “Rapid population growth and demand for public transit on the Pike will be a defining feature for Arlington’s coming decades … I will always be for considering and discussing big ideas — even the expensive ones that seem infeasible in the immediate — as we look to address those dynamics.”

WMATA already has a 40-year plan in place for Metrorail’s future development, but that plan, adopted in 2013, includes a connection between Arlington’s since-cancelled and D.C.’s embattled streetcar lines. WMATA has since discussed plans for a second tunnel in Rosslyn and another line in Virginia, but public discussions from the agency have not included Columbia Pike. 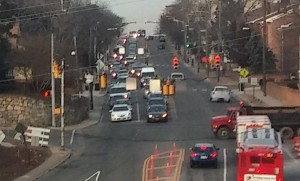 Wiljanen said Arlington taking on that discussion would distract from the immediate needs of the Pike’s residents.

“If a Metro line opened tomorrow under Columbia Pike, I would be elated,” he told ARLnow.com in an email. “However, given the current political and budgetary climate, starting the process now will prove to be an exceedingly heavy lift, and the timeline could easily extend 30 years or more into the future. I think we need quicker solutions.”

Clement, a perennial candidate for Arlington public office, thinks Arlington needs to take up these discussions as soon as possible.

“It is definitely time to plan for a Metrorail line under Columbia Pike,” she said. “One of the principal reasons I opposed the Pike trolley was the fact that the trolley tracks would have to be dug up to accommodate the subway, which is the ultimate solution to congestion on the Pike.”

(Fallon, Schneider and Lander did not respond to ARLnow.com’s email asking for comment.)

Dorsey also opposed the streetcar, while Cristol, a Pike resident, and Wiljanen didn’t say whether they supported the project, only that Arlington needs to move on.

“Continuing to rehash positions on the now-canceled streetcar is at best a distraction from, and at worst damaging to, the future of transit in my community of Columbia Pike,” Cristol said.

Cristol added that accelerating an increase in bus service — already planned for this summer in existing ART bus lines — should be the Pike’s near-term solution. Clement advocated for an “advertising campaign encouraging commuters to get out of their cars and onto the bus,” as well as using bikes and car-sharing options like Zipcar. Wiljanen hopes to push for technology expansion to make the service easier to use, and to consolidate all service under the ART system.

One issue the county will have to grapple with should it boost bus service along the Pike: the fact that the corridor is already choked with buses. Part of the reasoning behind the streetcar was increasing transit capacity without adding additional, emissions-spewing buses that stop every few blocks in the righthand lane.

Dorsey said an overlooked problem with transit on the Pike — and in Arlington as a whole — is the lack of north-south corridors.

“There’s an extreme need to connect a deep part of South Arlington to viable transit opportunities,” he said. “We have to recognize the north-south connectivity issues for people to get to where they want to go, but also to make South Arlington an attractive destination for people coming from North Arlington who want to use transit. That’s what I would like to see.”

With the Transit Development Plan study already underway, paired with the multimillion-dollar Columbia Pike streetscape improvements and transit stations, serious discussions on a new Metro line likely will not come in the near future. If a new Metro line is in the Pike’s destiny, it will take decades of discussions inside the county and around the region.

“In any way thinking about expanding Metro on Columbia Pike is not just an Arlington conversation, it’s one that’s done in conjunction with all of the heavy-rail partners in conjunction with the Metrorail system.” Dorsey said. “I think that should happen in our lifetime if population projections continue to hold true. It seems that’s something that reasonably has to be on the table.”