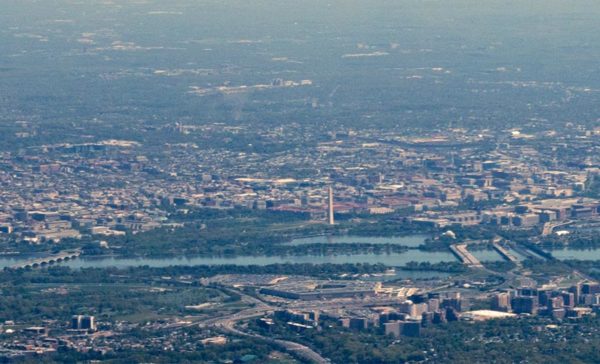 Elementary Student Fascinated by Fallout Shelters — Nathan Eberhart, a McKinley Elementary student, has been trying to unravel the mysteries of school fallout shelters for his school’s student newspaper. Eberhart thinks the Cold War relics could be better put to use nowadays “as a community-activities storage area for things like Cub Scouts, Girl Scouts, recreational sports and enrichments.” [InsideNova]

Protest Planned in Rosslyn — The Mayday Project will be protesting outside the Infectious Diseases Society of America headquarters in Rosslyn today and tomorrow. The organization wants Lyme disease recognized as a chronic illness. The protest will be held from about 7:00 a.m. to 3:00 p.m. on the 1300 block of Wilson Blvd. [Twitter]

Four Mile Run Cleaning Planned — Starting in a few days, Arlington County and the City of Alexandria will begin a joint project to remove excess vegetation from the Four Mile Run flood control channel, which extends from I-395 to the Potomac River. “Residents will see crews working in or near Four Mile Run, removing trees, shrubs, and other vegetation growing in the channel,” the county noted in a press release. [Arlington County]