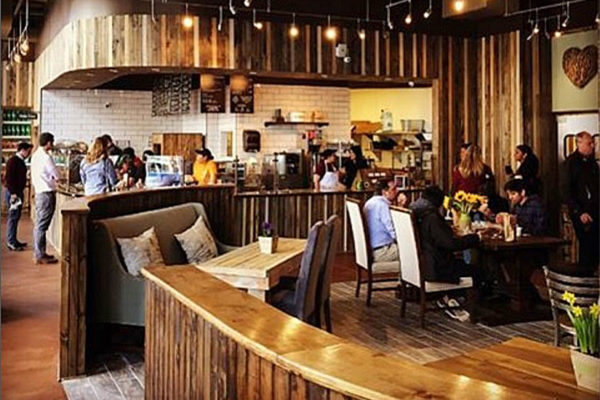 The local salad, sandwich and coffee chain officially opened for business last week at 800 N. Glebe Road, which is about a 10 minute walk from its first Ballston location, at 650 N. Quincy Street.

“Ballston has a heavy lunch crowd and we believe it’s dense enough to support two stores,” co-owner Andre Matini tells ARLnow.com. “We have had a lot of positive feedback, most of our diners had not been to our location on Quincy Street. With all the development of Liberty Center and and redevelopment of Ballston Common Mall we think there is more than enough to go around.”

Sweet Leaf’s new location has been a challenging one for sit-down restaurants, which have struggled to convince diners to cross to the western side of busy Glebe Road, where high-rise Ballston meets the residential Bluemont neighborhood.

There are also rumors of changes afoot at the Greene Turtle restaurant, just up the street at 900 N. Glebe Road.

Sweet Leaf now has six locations total, all in Northern Virginia. Its first Arlington eatery opened at 2200 Wilson Blvd in Courthouse in 2013.