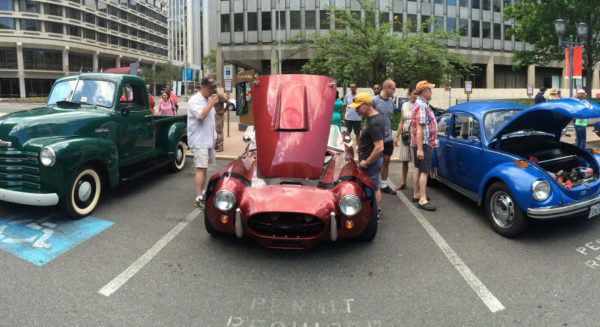 Couple Gets Engaged at Local Event — A San Antonio, Texas couple got engaged at Friday night’s Wine in the Waterpark event in Crystal City. [Twitter]

Stream Restoration Project OKed — The Arlington County Board has unanimously approved a $3.5 million contract to restore the lower portion of the Four Mile Run stream. Work on the project, which has been in the works since 2000, is expected to begin later this summer and may result in some trail detours over the course of a year. [Arlington County]

First Day of Summer Today — Today is the first day of astronomical summer, the summer solstice and the longest day of the year. [Capital Weather Gang]