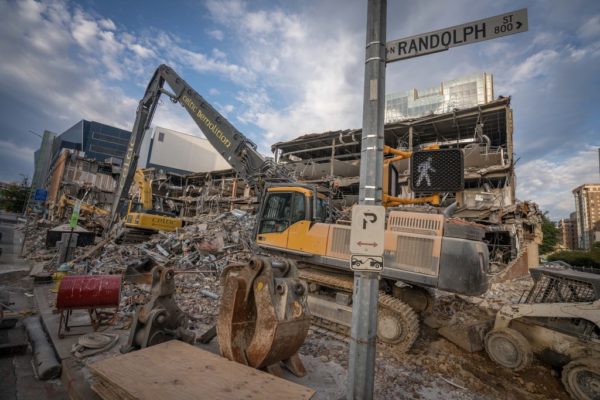 Cemetery to Start Screening Visitors — Arlington National Cemetery will begin security screening of visitors and random inspection of vehicles in November. Visitors, particularly those in large groups, are being advised to allow extra time to go through screening. [Dept. of Defense]

Police: Dog Walker Stole from Residents — A dog walker who served clients in Arlington has been charged with stealing from them. Police say 34-year-old Margarita Denison and an accomplice stole valuables from watches to jewelry to baseball cards from homes in Arlington and Fairfax. Denison worked for the dog walking service Time for a Walk, which said it runs background checks and checks references but will be tightening security. [NBC Washington]

NPS Recommends Trail Projects in Arlington — Among the 18 regional trail-related projects recommended by a new National Park Service study are two in Arlington: connecting the Roosevelt Bridge path to the Mt. Vernon Trail, and improving safety at the so-called Intersection of Doom in Rosslyn. [Greater Greater Washington]

ACPD Lauded for Crisis Intervention — A father whose son spit and cursed at police as he was taken into custody in Arlington has written an op-ed to praise the Arlington County Police Department for its crisis intervention training. The father called police after his neurologically-disabled son got drunk and left the house. Officers could have hurt the son and threw him in jail, but instead used the minimum amount of force necessary and took him to a hospital, the man said. [Washington Post]

Read more →
More Stories
Deal of the Day: Half Off Tickets for Pups and PilsnersCar2Go Ridership Surges in Arlington