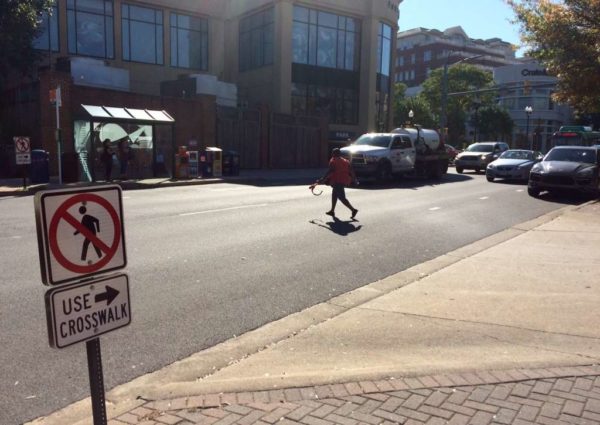 Arcing Insulator at Rosslyn Metro — An electrical issue on the Metrorail tracks outside of the Rosslyn station caused delays on the Blue, Orange and Silver lines during this morning’s rush hour. The arcing insulator prompted single-tracking and a large fire department response. [WJLA]

Beyer to Shadow DCA Worker — Today, from 11:30 a.m.-1 p.m., Rep. Don Beyer (D-Va.) is expected to “accompany contracted wheelchair agents to learn first-hand their role helping passengers with disabilities at Reagan National Airport.” The workers and their union, 32BJ SEIU, are fighting for a $15 per hour wage. Currently, they receive as little as $6 per hour plus “unreliable tips.”

Samsung Collecting Note 7 at DCA — Electronics manufacturer Samsung has set up a booth at Reagan National Airport to collect their now recalled and discontinued Galaxy Note 7 phones, which are banned from flights due to a propensity to randomly go up in flames. [Twitter]

I-395 HOT Lane Update — VDOT updated the Arlington County Board yesterday on its “managed HOV/toll lanes” project slated for I-395. County staff is currently studying traffic and noise impacts to Arlington and the project’s allocation of at least $15 million per year to transit along the corridor, which the county believes is insufficient. [Arlington County]

Tech Incubator Founder Moves to Arlington — Evan Burfield, the founder of D.C.-based tech incubator 1776, has moved to Arlington with his wife and one-year-old daughter. Burfield chose a $1.6 million home in the Aurora Highlands neighborhood outside of Crystal City, calling it “a great buy on an up-and-coming area.” 1776 has a location in Crystal City that Burfield said is performing well. [Washington Business Journal]

Police: Arlington Man Called Reporter the N-Word — An Arlington man, 21-year-old Brian Eybers, has been arrested in Charleston, South Carolina on disorderly conduct and drug-related charges. A local TV reporter in Charleston says Eybers called him the N-word and then stood in front of his news van, blocking it from leaving. [The State]