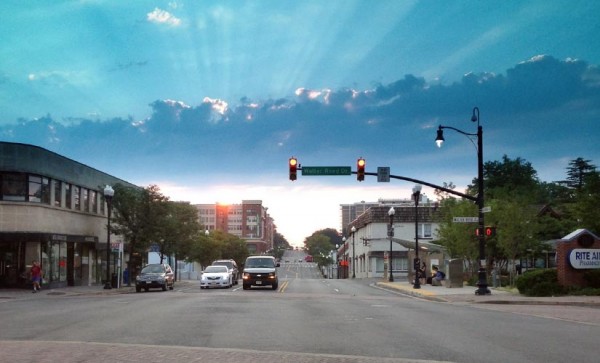 By all indications, it looks like 2017 will be an eventful year in Arlington.

Between the new administration, new buildings, new projects, a potentially interesting local election and other changes, there is plenty to talk about.

We’ve taken seventeen local topics that we feel we know a thing or two about and have made predictions — some bolder than others — on what will happen in 2017.

Have some of your own predictions — perhaps on topics we didn’t cover, like Metro or schools? Air them out in the comments.

1. Economics. Despite concerns about a shrinking government under Trump, barring an unforeseen event 2017 will turn out to be a good year economically for Arlington. The broader economy will be growing and that will bring more private sector jobs to Arlington. An increase in infrastructure and defense spending would also be a boon to the local economy.

2. Restaurants. The pace of new restaurant openings in Arlington will slow to a crawl, as only a few notable restaurants are in the pipeline at the moment. This follows a period of rapid restaurant expansion in Arlington during the Obama years. Don’t blame the new president, blame restaurant oversaturation. But the lack of openings, combined with a continued cull of weaker restaurants, will have a net positive effect on the survivors, many of which are just barely squeaking by. Diners won’t have as many shiny new restaurants to try and will instead increasingly appreciate those we already have.

3. Protests. In Arlington, progressive activism will gear up as an erratic president pushes policies, initiatives and viewpoints that Democrats find intolerable. Although Trump will go against his own party at times, that won’t quell growing progressive discontent. Expect to see more protests in the streets, including in Arlington.

4. Rosslyn. The opening of the Central Place project will transform Rosslyn from a massive construction site to an increasingly modern “downtown,” with the welcome addition of some new trendy restaurants and cafes. CEB, the main tenant in the new Central Place office building, was just acquired by Gartner. We hear that CEB is staying but could Gartner, which is located in a decidedly Millennial-unfriendly suburban office park in Stamford, Connecticut, choose to move to Rosslyn to join its new acquisition? The company already has an office in Ballston.

5. 1812 N. Moore. Also in Rosslyn: at long last, more than three years after first opening, one of the most prominent buildings in the Arlington skyline will be getting its first tenant. In fact, the 35-story office tower at 1812 N. Moore Street might get its first tenants, plural.

6. Homeownership. The American dream of homeownership remains unattainable for many in the Millennial generation who have made Arlington their home. While it might not register significantly in demographics, older Millennials — young couples and families in their 30s — will increasingly be moving out of Arlington to more affordable locales… or out of the Washington area entirely.

7. YIMBYism. Frustration with high housing prices may breed YIMBYism in Arlington. A movement in New York City and San Francisco, YIMBYism says “Yes In My Backyard” to new housing, countering anti-development “NIMBYism” that is prevalent in the D.C. area. Look for organized YIMBYism to gain some sprouts of support in Arlington from those who want more townhouses and family-sized condos on the market.

8. County Board. Jay Fisette is expected to announce next month whether or not he’s running for reelection. Colleagues say even they do not know what he will do; we give even odds to either choice. If Jay does not run, look for the political return of former County Board candidate and Planning Commission Chair Erik Gutshall. Another name mentioned as a potential contender: Transportation Commission Chair Chris Slatt.

9. School Board. James Lander will face a primary challenge in this year’s School Board race.

10. Technology. Are Arlington’s tech hopes an illusion? Most startups that have set up shop here have not grown beyond relatively small operations and, except for Oracle following its Opower acquisition, none of the tech heavyweights have a significant presence here. If anything, cybersecurity will be the tech growth area, but there is lots of competition to land the HQ of such companies.

11. Gondola. The proposed Rosslyn-to-Georgetown gondola is unlikely to become a reality if it requires mostly local funding. A surprise infusion of private or federal funds could make it happen, but we don’t expect that to happen this year.

12. Pike Transit. Arlington County staff is expected to released its revised plan for enhanced transit along Columbia Pike in the second quarter of this year. If it’s as underwhelming as the plan that was released last year, Pike transit could again become an issue in the County Board election and, perhaps, result in some leadership changes among county staff.

13. Ballston. There’s lots of commercial real estate industry buzz around Ballston, as the Ballston Quarter project — opening next year — holds the potential to be a game changer, making it more attractive for residents and businesses alike. Expect a steady procession of new business announcements, development plans and changing streetscapes.

14. G.O.A.T. Laugh at the bro-y name all you want, G.O.A.T. Sports Bar will be a smash hit. The location across from the Clarendon Metro station is ideal and the owners have the Orange Line corridor bar business down to a science. It may peel away clientele from other Clarendon nightspots, but don’t bet against Mike Cordero (who is also launching his own wine label) and crew. Could G.O.A.T.’s success be the catalyst for one of Cordero’s partners, the well-liked and charismatic Scott Parker, gaining a national profile?

15. Beer Garden. Beer gardens are popular and there are already several in the District. Heck, even Tysons has one — until the lot it sits on is developed, at least. In 2017 a proper outdoor beer garden will finally open in Arlington.

16. Pedestrian Bridge. There has been preliminary discussion of a new pedestrian bridge connecting National Airport and Crystal City. Expect to hear more about it in 2017, including potential economic development benefits for Crystal City and Arlington.

17. ARLnow. This one’s a freebie, since we mostly know what we’re doing over here. A new ARLnow assistant managing editor, hired from another local news publication, will start at the end of February. Look for us to do a bit more with video, including live video, later this year. Also, while ARLnow will remain free, a premium subscription-based service may launch by the end of the year. Finally, the design process for the next iteration of our website starts… today.