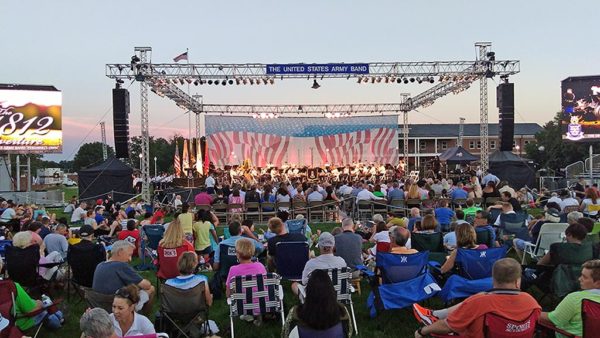 Before we get to our most popular stories this week, here are some you may have missed:

The solar eclipse last Monday afternoon got many of you excited, and brought a lot of superb photos.

Planned Columbia Pike beer garden BrickHaus is still not open, causing some Arlingtonians and others to vent their spleens on Facebook, while a major gas leak caused some traffic problems in Courthouse on Tuesday lunchtime.

And today was the 50th anniversary of the assassination of American Nazi Party leader George Lincoln Rockwell.

These were our top five most viewed stories:

This weekend is the third annual Police, Fire and Sheriff Block Party, featuring all manner of activities and likely a chance to meet the officers behind the Arlington County Police Department’s now-viral synchronized swimming video.

The Police, @ACFDPIO and Sheriff Block Party is this SATURDAY! Not sure where to park? Check out our map! A free shuttle runs throughout day pic.twitter.com/vb8MFnwX8k