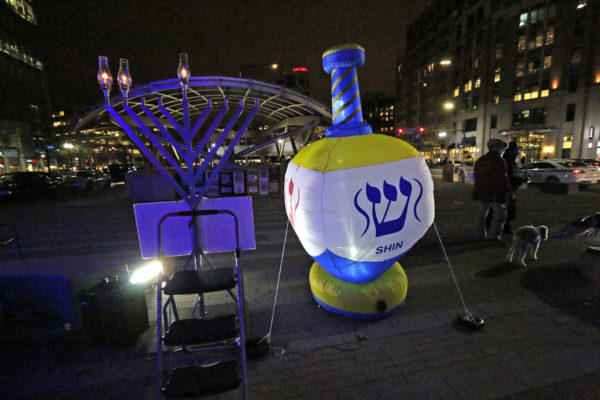 Chamber Calls for Pause on Housing Conservation District — The Arlington Chamber of Commerce is calling for the Arlington County Board to pump the brakes on a proposed Housing Conservation District policy, set for a vote at tomorrow’s Board meeting. The Chamber says the policy would affect more than 450 privately-owned properties. “The County’s failure to provide any notice to property owners that would be affected by the Framework is inconsistent with Arlington’s established government process and the level of transparency the community has come to depend on,” said Chamber President Kate Bates. [Arlington Chamber of Commerce]

Carlin Springs Bridge Work to Resume — Demolition of the Carlin Springs Road Bridge over George Mason Drive was curtailed by winter weather last weekend, but is set to resume this weekend. Drivers should expect a number of detours in the area. [Twitter]

Fisette Tribute Packs Local Church — “A Dec. 13 tribute to departing Arlington County Board Chairman Jay Fisette was about 90 percent heartfelt thanks for his 20 years of service in elected office. And about 10 percent celebrity roast.” The event was so well-attended that the parking lot of the Unitarian Universalist Church of Arlington was filled to capacity by those whom Fisette has not yet convinced to take the Car-Free Diet. [InsideNova, InsideNova]

Gossip: Britt McHenry Back on Local Airwaves? — A noted local Twitter user who goes by the name “Clarendon Bros” shared some local TV gossip last night, claiming that Britt McHenry was seen auditioning for a job at Fox 5. McHenry at one point lived in Arlington — it is unclear if she still does — and had a well-publicized run-in with local towing company Advanced Towing. [Twitter]

Fox Leaves Crystal City BID — “After more than a decade running the Crystal City Business Improvement District, Angela Fox is stepping down. The BID’s board of directors announced Fox’s departure Thursday, but has not named a permanent replacement.” [Bisnow]

Local Homebuilder Getting Bigger — “Arlington-based homebuilder CalAtlantic Homes is purchasing Home South Communities, a privately held homebuilder based in the Atlanta area. CalAtlantic itself is in the midst of a $9.3 billion merger with Miami’s Lennar Corp. (NYSE: LEN), expected to close early next year.” [Washington Business Journal]