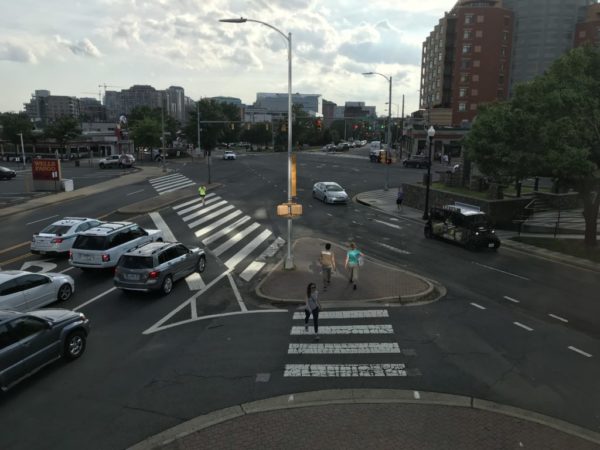 Primary Voting Underway — It’s an election day in Virginia. On the ballot in Arlington is the Democratic race for County Board, between Chanda Choun and Matt de Ferranti, and the Republican primary for U.S. Senate, with candidates Corey Stewart, Nick Freitas and E. W. Jackson. Voting will continue through 7 p.m. [Twitter]

Post-Parade Party in Courthouse — Those heading to the Capitals Stanley Cup victory parade downtown today can head on back to Arlington for an afterparty at Arlington Rooftop Bar & Grill, hosted by the Caps blog Russian Machine Never Breaks. The event starts at 3 p.m. [RMNB]

Final Issue of ‘The Citizen’ — Arlington County’s “The Citizen” newsletter is publishing its last issue this week. The county-run publication is ceasing its print issues due to budget cuts. The move was lamented by the Sun Gazette, which wrote that The Citizen provided “information that, most likely, many local residents will now not get, despite the government’s plethora of online-centric public-relations efforts.” [InsideNova]

Clement: Strip Washington from W-L Too — Independent Arlington School Board candidate Audrey Clement says it is “hypocrisy in the extreme” for the “Lee” in “Washington-Lee High School” to be removed without also removing “Washington.” Wrote Clement: “Had not George Washington, James Madison and Thomas Jefferson — all Virginia native sons and all slave holders — greased the skids of institutionalized slavery by agreeing to write it into the U.S. Constitution, Lee would not have taken up arms against his own nation.” [Audrey Clement]

Apartment Building to Get Free Broadband — “Arlington’s Digital Inclusion Initiative, announced in December 2017, will leverage the County’s fiber-optic network, ConnectArlington, to bring free broadband Internet access to low- and moderate-income households in Arlington, including those with school-age children. Arlington Mill Residences, a low- and moderate-income residential development, will serve as the demonstration project for the initiative.” [Arlington County]

Nearby: Second Northside Social Opens — The new Falls Church outpost of Clarendon cafe Northside Social has opened in the Little City. “The business itself will offer a menu similar to its Clarendon location, but a basement that allows for a commercial-sized bakery and chef Matt Hill’s creative inklings will provide new lunch and dinner options.” [Falls Church News-Press]