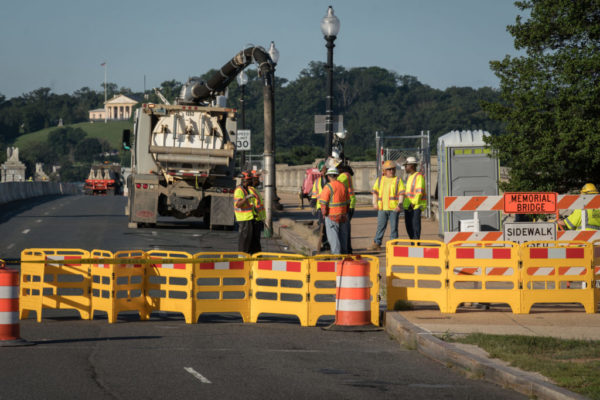 Judge Dismisses Dewey Horse Punch Case — A man who was accused of punching a police horse in Dewey Beach is now trying to clear his name after the case was dismissed. Surveillance video reportedly exonerated the man, who might not actually be from Arlington as originally reported. [Cape Gazette]

Rosslyn Transportation Meeting Tonight — “Join Arlington County and the Rosslyn BID to provide feedback at this public meeting that will focus on the Core of Rosslyn Transportation Study. This study will examine the feasibility and potential impacts of permanent changes to the street network in the core of Rosslyn, with the goals of improving safety and accessibility for all users, including those walking, biking, using transit and driving.” [Rosslyn]

Another Commute Alternative: Running — As Metro continues on a downward ridership spiral, some are finding running to be an attractive commuting alternative, providing exercise and fresh air while eliminating costs and unpredictable delays. [Runners World]

Angels of the Battlefield Gala Tonight — The Armed Services YMCA will present its annual Angels of the Battlefield awards tonight during a gala at the Ritz-Carlton in Pentagon City. Among the 2018 recipients of the prestigious awards are Senior Airman Linda Wilson, who helped save lives during the Las Vegas mass shooting last year. [ASYMCA, Air Force Times]

New Film Fest Coming to Clarendon — “Georgetown’s Halcyon and Arlington’s Clarendon Ballroom will be the venues for a new film festival – Flicks4Change — that links the entertainment world with charitable activism. The film festival first started in Los Angeles, expanded to Australia and now comes to the DC area.” [Georgetown Dish]